Aftermath (I think it was English class)

I think Shakespeare referred to it as being "ripped from nape to chaps" a long time ago. I was shaved from nipples to mid thigh which is about the same distance. Nine days later it feels like I have a porcupine in my pants.

I am finally able to walk out and greet the horses individually. They like the attention and I like the way they smell. I am allowed to carry one flake of hay at a time which adds to my walking and that is supposed to be good for me. My personal horse, Draugen, almost seemed at the edge of sweating today as it is nearly 40F. A continuing tropical heat wave in this nearly sub-arctic climate. I told him and the rest that they were a fine representation of their species and breed. Below is a picture of Draugen as he and I were getting ready to compete in the log skid event. Of course,  this was the breed show in Blue Earth, Minnesota and we were well groomed and ready to show our stuff. He is such an awesome animal. 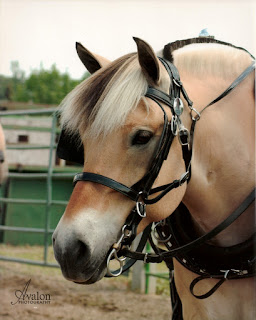