A few days ago I went on a road trip south to Duluth to consult about a knee replacement. On the way I was listening to MPR when "Talking Volumes" came on the radio. I don't often get to listen to the radio during normal working hours and if I do it is just background noise. The speaker/interviewee was  Dr. Abraham Verghese and the interview was done at the Fitzgerald Theater in St.Paul (that bastion of culture) last October. Mostly they discussed his book "Cutting for Stone" which is a wonderful and best selling novel, but I am more impressed by the man himself. I would love to have him as a friend.

One of the points he brought up and getting from his own background is that geography is destiny. He mentions that Freud said "anatomy is destiny" and segued that into geography is destiny by mentioning all the important stuff near the birth canal and then to Napoleon's "geography is destiny" attribution. I may not have that exactly right as I am doing this from memory of a few days ago, but that was the gist of it in my mind. His changes in geography led him to where he is now and he used that journey as a basis for some of "Cutting for Stone". I listened intently, but kept wandering off to my own thoughts about this.

As the son of immigrants I have always been drawn back to "the old country" and wonder what life would have been like if I had grown up there. 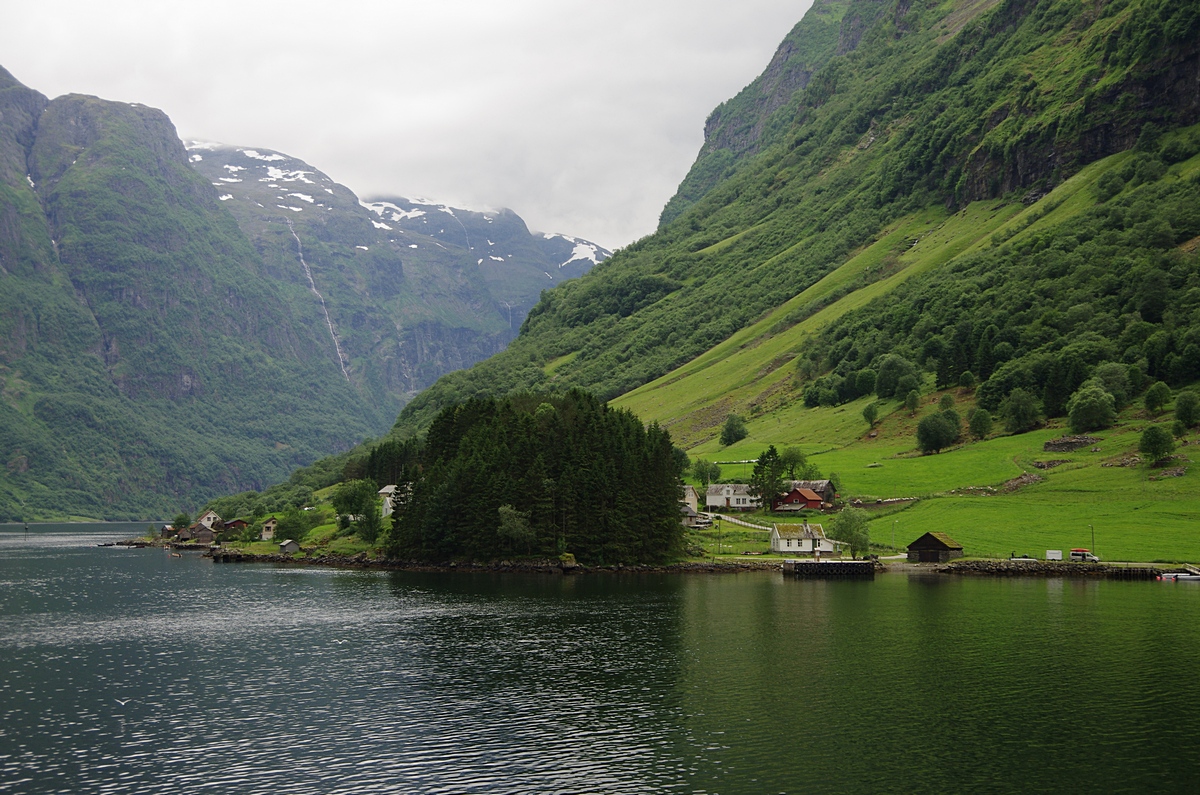 My mother died about the time I turned three so I don't know much of what her life was like in the U.K. I never got the details my father was able to give me throughout my life. The bedtime stories he told me as a child were full of adventure with a little fantasy thrown in much as the stories of Iceland and Norway are often related. The characters were Per and Odd, boys not much older than myself so that I could relate. The plots I don't remember well, but the scenery and pictures he painted in my mind always took me to beautiful and rugged place. 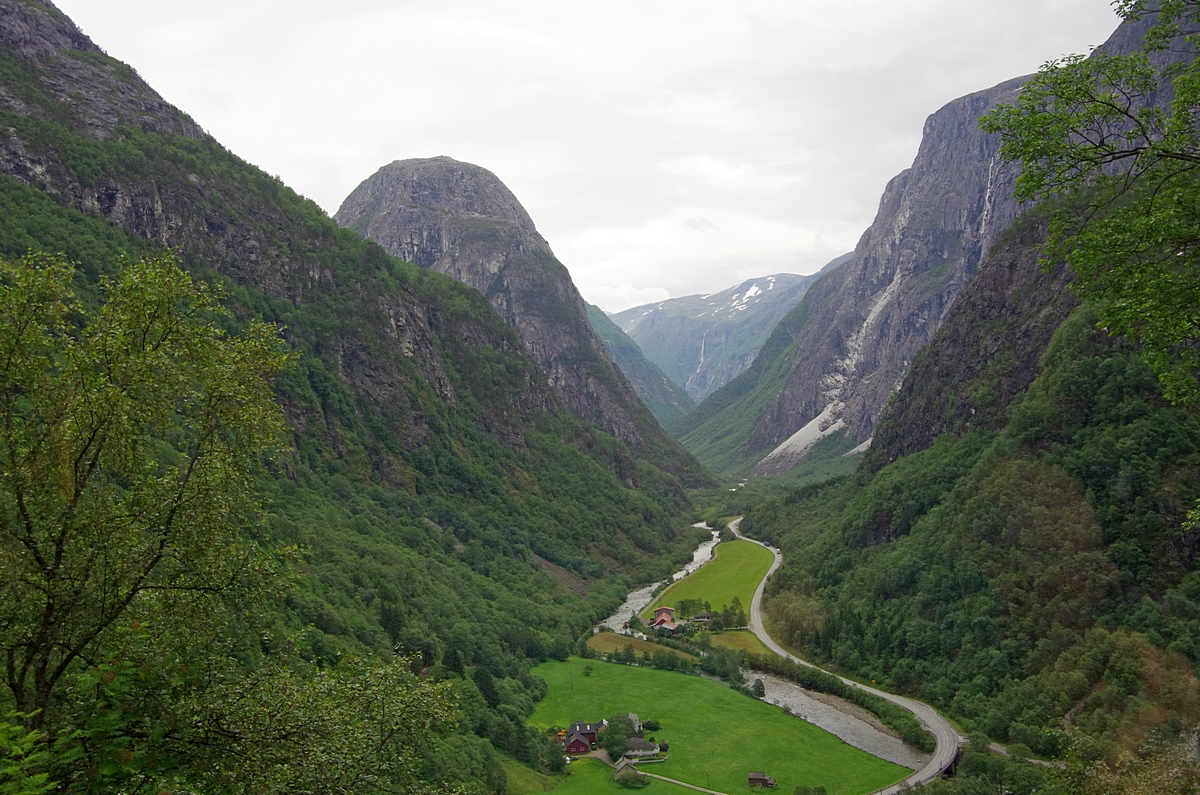 Sometimes the stories would take me to ancient settlements in the viking age and voyages across the North Atlantic where fish was always plentiful. This is across the fjord from where my grandfather was born in Iceland. 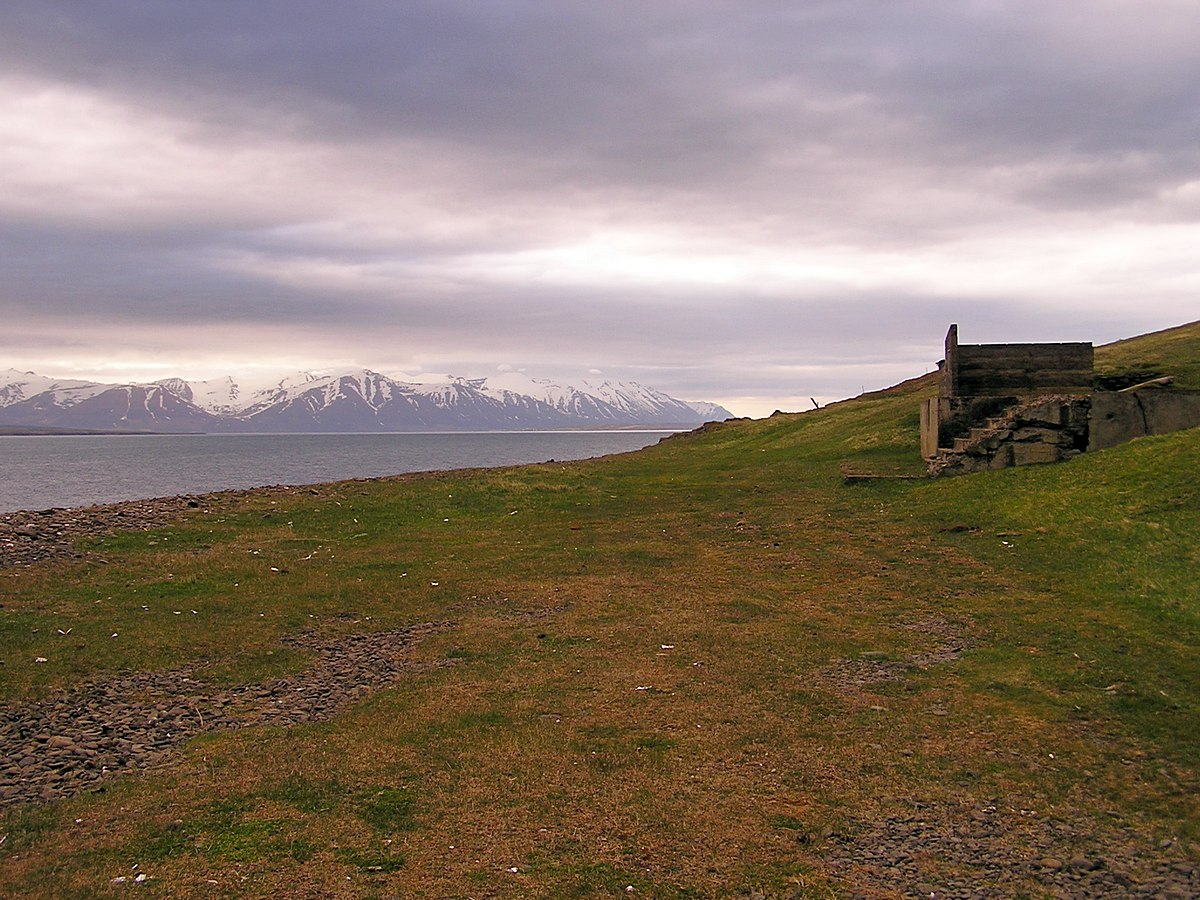 Years later I would hear Led Zeppelin play "The Immigrant Song" and it would take me back to some of the places in the stories.

"We come from the land of the ice and snow,
From the midnight sun where the hot springs flow.
The hammer of the gods will drive our ships to new lands,"

And so I have often wondered what my life would have been like if my father had returned to Norway after my mother died. But he had carved out a life here and Norway was devastated from the War. His younger brothers returned after getting an advanced education and my father would return to his homeland every couple of years to visit his family.

Of course, the questions from my own life like what if I had stayed in Delaware or Minneapolis? How would my life have been different. I will never know because my geographical destiny brought me here to a beautiful place along the North Shore of Lake Superior and life has turned out the way it has because of where I am. At least I think so. 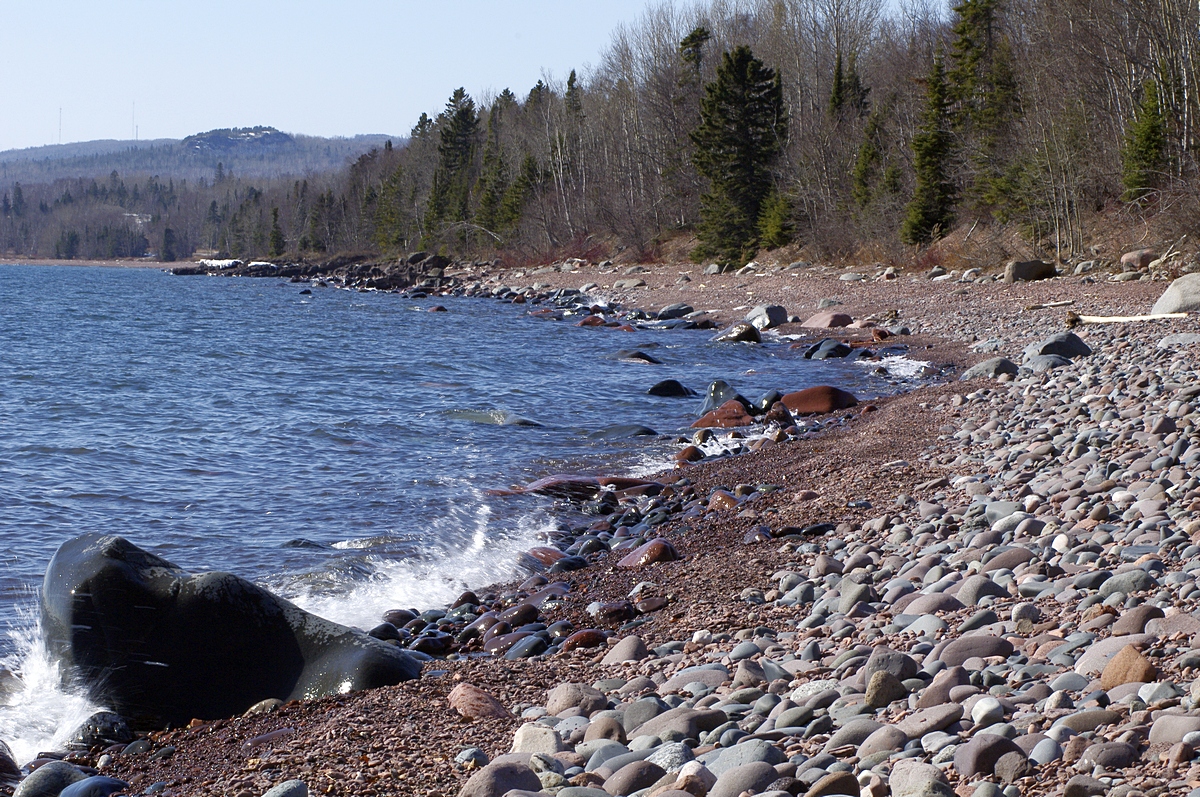 If you get a chance to read or hear Abraham Verghese, do take the time. He is a great believer in "Geography is Destiny" and he has certainly given me a reason to think about it. As Mr.Spock would have said, "Fascinating."


As I drift back into my mundane world of getting by on a day to day basis, I have to take stock of my surroundings and see where to start. The cooler days remind me that autumn is in the air and that I need to think about getting ready for winter. But it’s only early August! It takes me a while to wrap both of my brain cells around the fact that winter is coming and, as I am the King of Denial, I need to start early. No more gallivanting around Europe, no more schmoozing with my wonderful cousins, no more sitting on the deck with a guitar and a beer (well maybe just a little). Nope, it’s time to get back to work and quit being a man of leisure. If it weren’t for my pesky day job I might have enough time. The barn aisle is a bit scary and needs to be cleaned up, things put away and some kind of organization needs to take place. 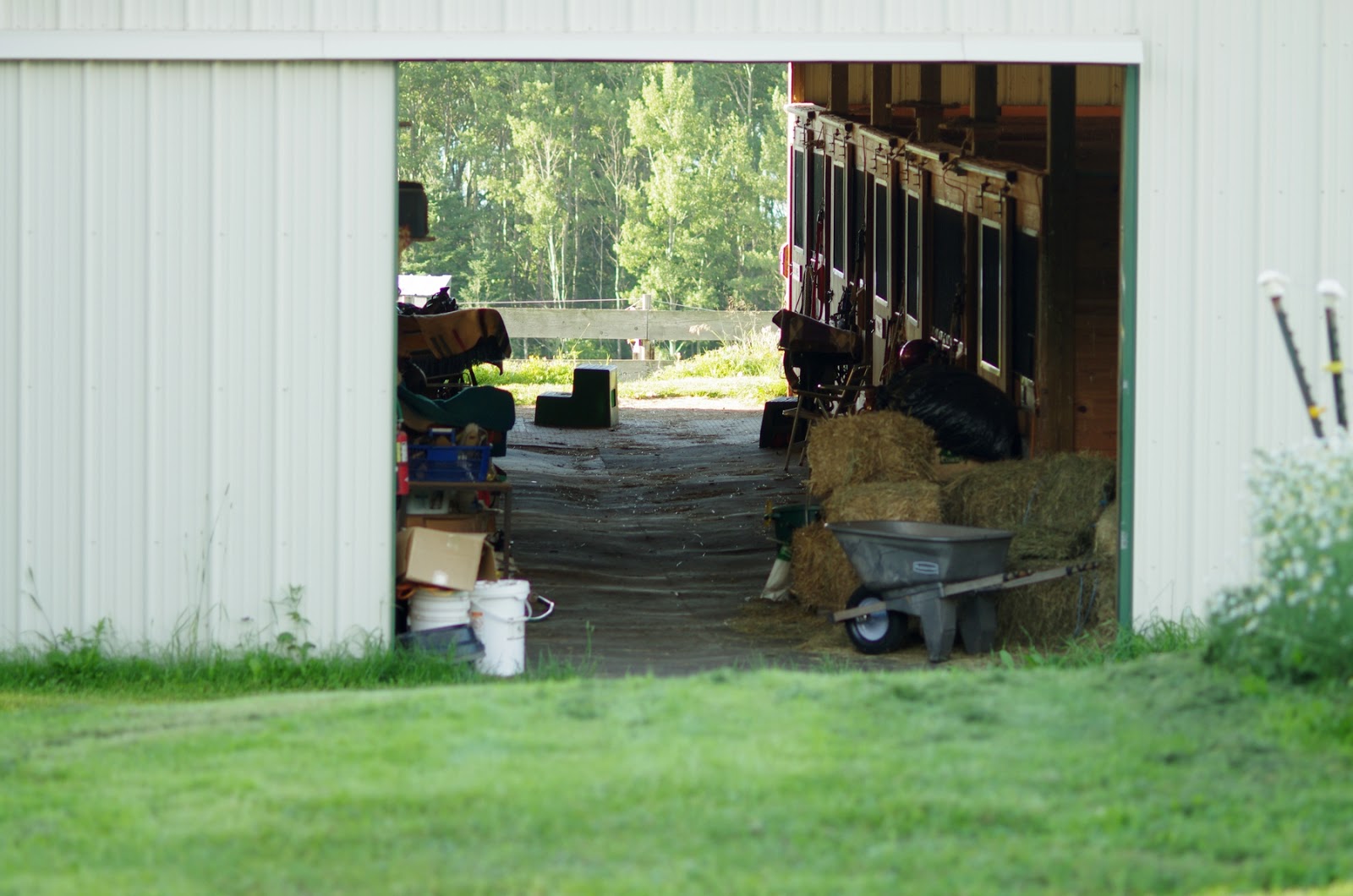 Weeds need to be whacked as the plant growth slows down. Pastures need to be mowed and all sorts of other work needs to be done, but I find myself unmotivated. I'd rather take pictures of things around the farm. Like this grate. It's a great grate. 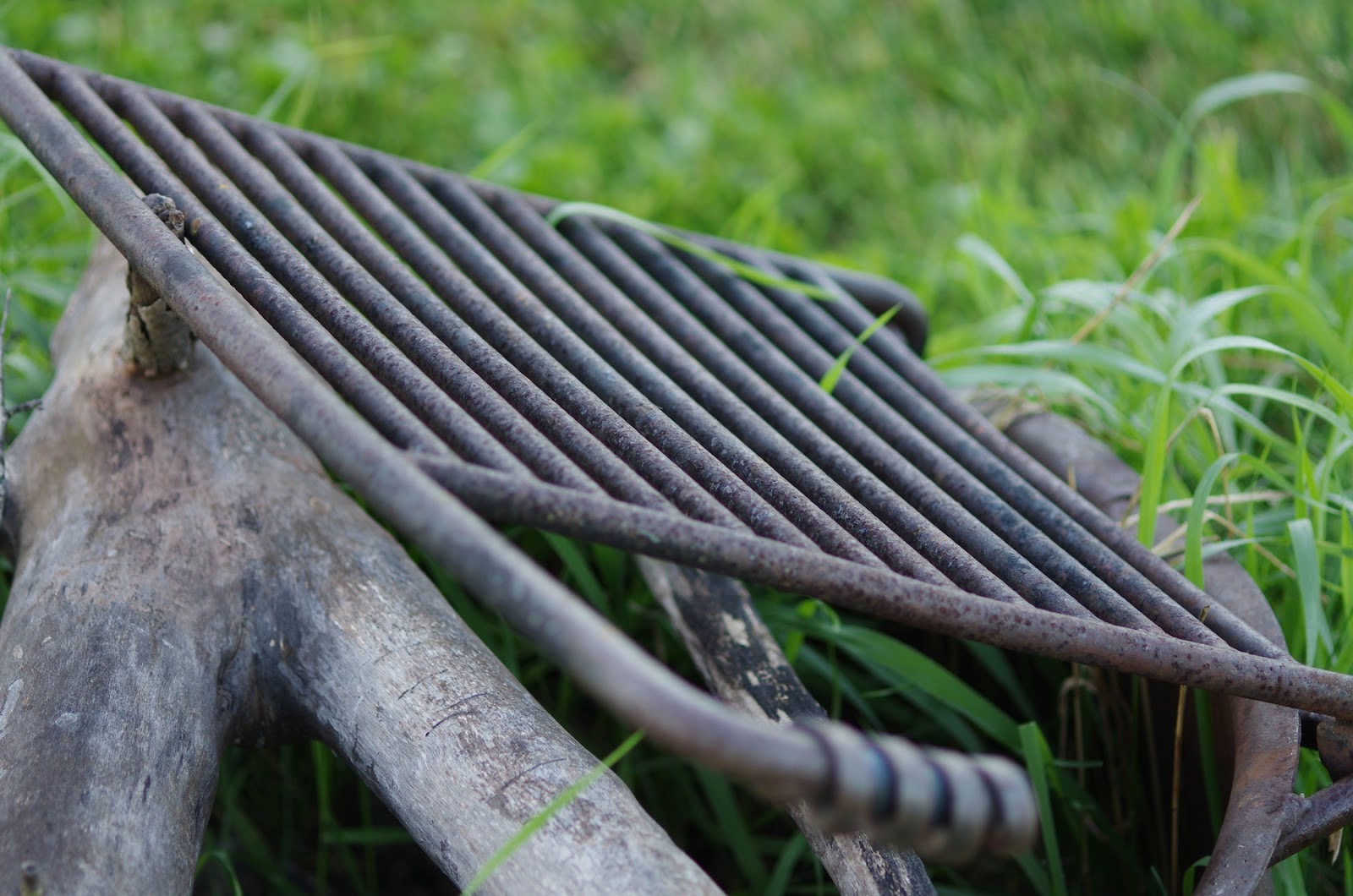 My thoughts drift like a message bottle upon the sea. Maybe someone will find it on a distant shore and read it because I'll be damned if I know what it says. Maybe it's good to write these thoughts so they don't die of loneliness in the cavernous space between my ears. The cool thing about that space is that it sometimes sounds like a reverb chamber.

See what happens if I don't focus? Speaking of focus we have an interesting arrangement in a pot on the deck. 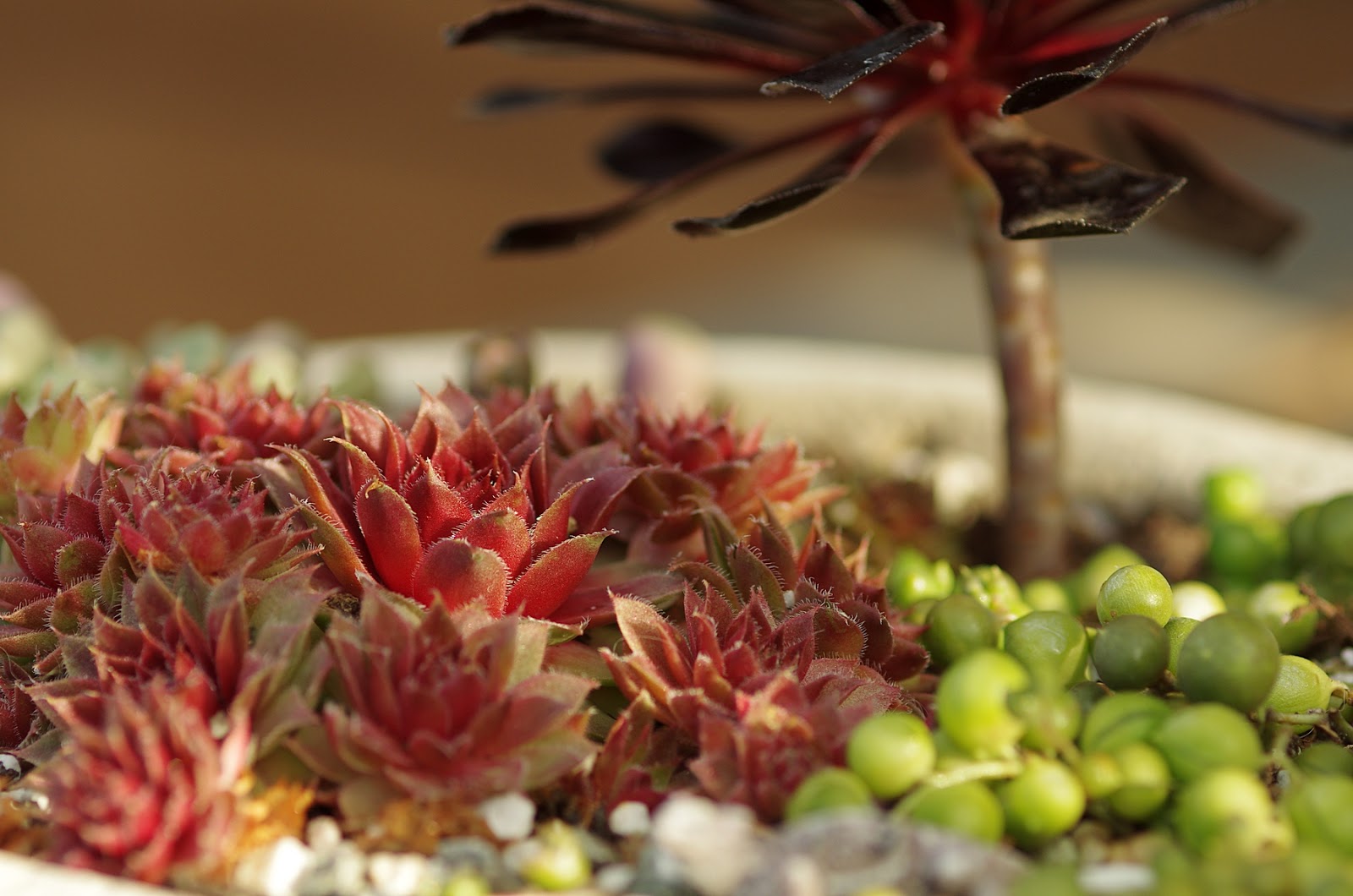 Then nearly forgotten lyrics pop into my head.

Golden rose, the color of the dream I had
Not too long ago
misty blue and the lilac too
never to grow old.

It's Rodgers and Hart, but I remember the Hendrix version. I am distracted and called to another dream world.

It's time for that beer and guitar. Gotta go now.