Poop! I haz it! Some just call it shit, but here at the edge of the civilized world we refer to it as brown gold, Minnesota M, horse hockey, mule muffins, pony poo, Cook County ComPost (CCCP) and more names I can't think of off the top of my bald head. We're talkin' horse manure, a highly prized commodity in the land of, " if it ain't wet, it's rock," or in my case 28 feet of the most dense, ph5 clay you can imagine. You can make pottery out of it right straight from the ground in raw form. Combine this with an extreme desire that humans have to grow food, especially when you don't live within blocks of several giant  "if it is edible and from this planet we have it in bulk" stores. The 90 day growing season makes it even more urgent. This is the stuff I am referring to right here on the farm. 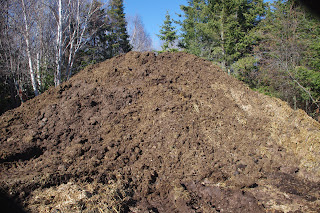 Yes, this is the locally famous Mt. Poop. People come from all over the county with trailers, pickup trucks, five gallon buckets, trash cans and other means of conveyance of this precious brown stuff. Just yesterday I had to fill three pick up loads. People want to pay me for this by product of my contented equines seen here. 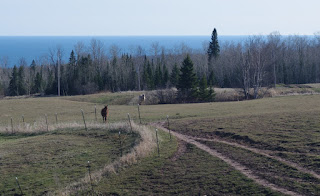 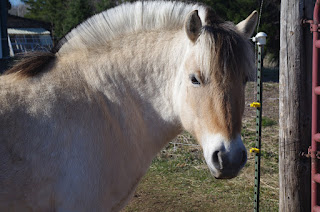 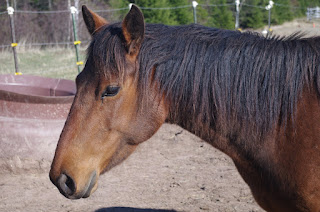 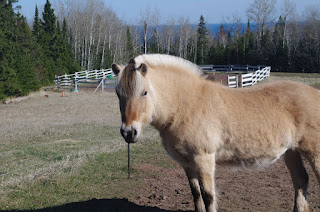 I am a little reluctant to take money for this stuff as I have always believed that giving someone shit was a pleasurable task that comes as naturally as the byproduct itself. If they get insistent, and most of them do, I have them give me some of the fruits of their labors. Yesterday, for example I got a gallon of frozen cleaned wild blueberries and a pound of homemade sauerkraut. In the past I have gotten quarts of home-brewed maple syrup, bread and butter pickles, various fresh produce toward the end of the season, my driveway plowed for the winter, homemade baked goods, and many other wonderful products. All this because my equines eat. My manure spreader hasn't gotten much use for years now. I have donated a dump truck full to the community garden which got me publicly thanked on our local radio station! I am a man of stature here. The proverbial big fish in a small pond. Who ever would have thought it could happen?

In conclusion, if anyone says about me that I don't know shit, they are absolutely wrong! I have witnesses and a lot of  testimony that will show otherwise. So there!

The past week was a busy one for all of us here. Stitch started a new position with her employer, the Cooker and I each had separate out-of-town appointments, our farrier spent a day trimming the horses hooves, I had an after work open house for vendors and clients, etc. I don't think any of us stayed awake past 9 on Friday evening.

The women are trying to get Mirage and Gyllen Aften (aka Pookie) ready for the Minnesota Horse Expo in less than two weeks. They are part of the breed demonstration a couple of times each day while they are there. It is fun, but exhausting. Pookie was born here in 1996 and went to the Kentucky Horse Park for about 7 years as a driving horse before coming back home. Stitch just rides her now. The Cooker and Pookie never got along very well because they have similar, strong personalities. They are both very opinionated and a bit stubborn and seem to butt heads when they try and work together. Stitch, however, has developed a pretty good relationship with Pookie. Here is a close up of her. 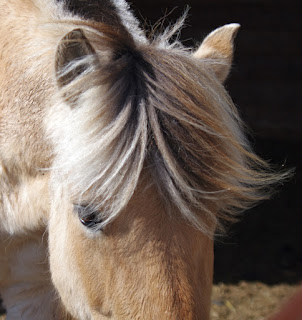 On Thursday, when Deb the farrier was here, I came home after the vendor show at work to find five women sitting around the dinner table, finishing off a delicious meal of chicken cilantro and a large bottle of wine. They were yucking it up pretty well after a long day in the barn and I hope my presence didn't put too much of a damper on their fun.

I have been selling a bunch of old coins on ebay lately in order to buy a few camera related items. I finally made enough to get a nice zoom lens (DA 55-300 if anyone cares) in order to get some better bird and wildlife pictures. I bought it used from a guy in Toronto and it is lovely. I shot a few pictures, but it was late and I didn't have too much time to play with it. Here is one from the deck shooting over the barn. 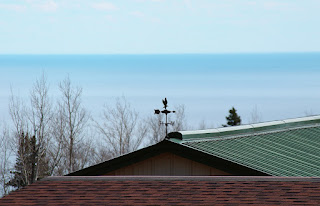 Another by one of the ponds. 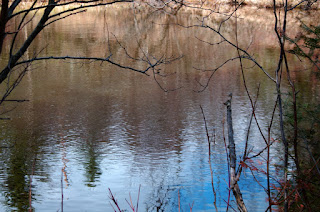 I am waiting for the warblers to come back for some colorful shots. The Spring Peepers started singing in earnest last evening and it was nice of them to sing us to sleep. Thank goodness it was warm enough to leave the windows open last night. Enjoy it while we can as there is a winter weather advisory for tonight through morning. One to three inches of snow is expected. Yippee skippee.

I need to go out and transfer some hay from  the storage shed to the barn and run in shed. It's nice to be getting my strength back after last autumn's surgery. It's always good to wake up on the right side of the dirt. I leave you with a picture of Cotton lounging on the steps and sunning himself, enjoying the life of leisure that we allow him. 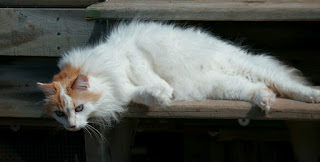 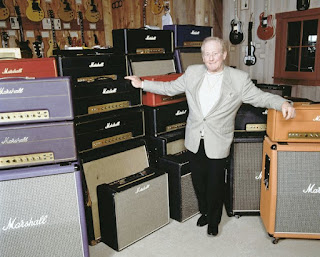 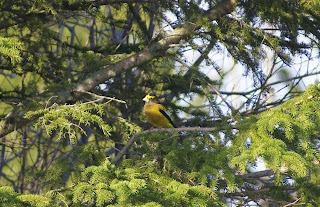 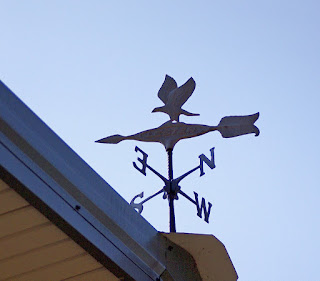 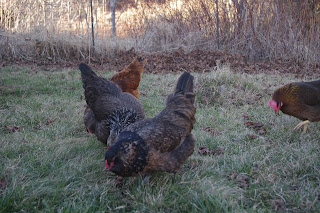 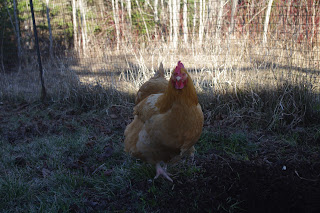 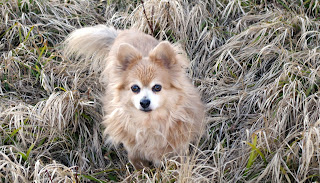 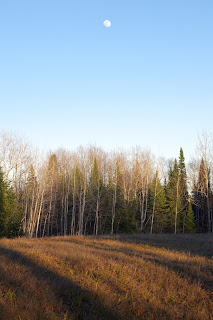 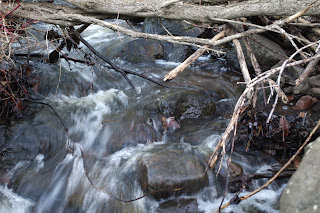 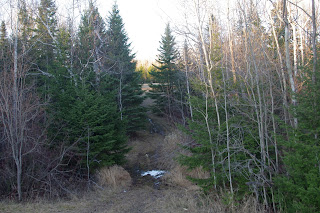 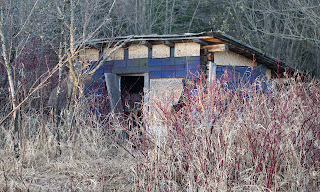 This is a major breakthrough in penguin research. I would like to give the BBC full credit for this amazing video! This evidence destroys all previous thoughts about the capabilities of these incredible birds. Now we find they have more in common with most bird species we know and love in our own areas. It is surprising that no one noticed this before, but I am glad they acknowledge this newly discovered behavior.