Forgive me bloggers, for I have sinned. It has been two weeks since my last entry and I didn't mean to go that long, it sort of just happened. Sometimes it is just from procrastination (is there such a thing as anti-procrastination?) or just being tired from the long days. We have had some rainy days and so now I have come indoors. I found my desk just like I left it only with a little additional clutter added regularly until it looks like this. 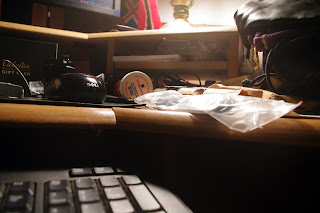 I was playing with my new used remote from ebay and the camera went off in my lap. Thank goodness it wasn't an explosive device! The leather lens bags on the right are a score from a local garage sale, the bag in front has a USB connector, the Walgreen's capped drug bottle has about 10 Susan B. Anthony dollars, a gift card from Cabela's, Norwegian and Icelandic banners, a lens hiding behind a mouse, and the end of this keyboard. That is just in that small space. The rest looks just as bad. The rainy day is a good excuse to clean up the piles, but writing this is another exercise in procrastination. It's good to be good at something!

Back to the weather. Usually talking about the weather is considered small talk, but not in Northern Minnesota! It is why we get up, or not, in the morning. We had about 3 inches of rain the other day and got some good runoff from it. This is what fills up Lake Superior. It's like a bathtub filling up so slowly that you fall asleep waiting and then it overflows, but that is another story. This is what that looks like after it stops and the sun starts to come out making a weird pink color in the sky. 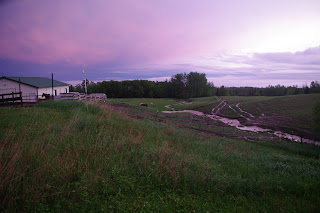 But then the clouds dissipate at the horizon just before sunset and light up the trees for a few minutes before the sun slowly sinks in the west. 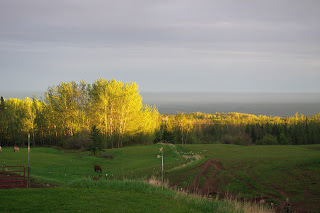 We did have one nice day in the sun between the rainy days and I got to enjoy it a bit. I live for the moments I get to go out and play. 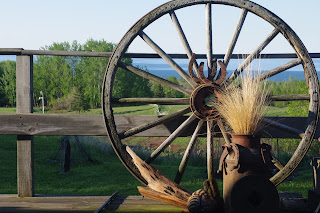 Hopefully it won't be so long until the next time.
Posted by Jono at 9:57 AM 9 comments:

So maybe I get a bit drawn in to things I can't change (re: my last entry). 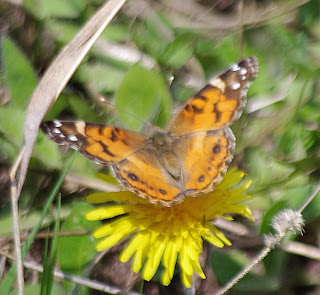 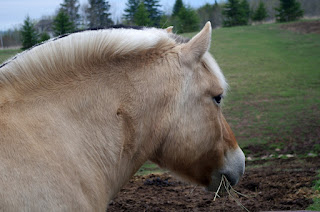 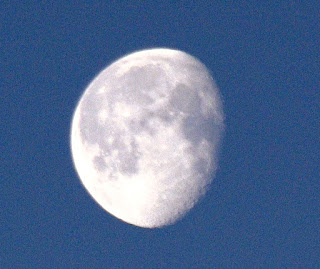 That's about the only Jimi Hendrix tune I can almost play. The Cooker and I went out for a walk in the woods with our cameras. A few things are starting to come up, but not much flowering yet. The Painted Lady butterfly was from today, my buddy, Rune the Fjordhorse' picture was from last week before we took him to live with his sire and half brother outside of Duluth. He is too large for a normal Fjord as is his brother, but they will be an awesome driving pair. I missed the big full moon because of the cloudy weather, but got this shot a few days later in the middle of the day.

The birds are migrating back from their winter hiding places. The bugs are starting to hatch on the ponds and the warblers are starting to find them. They are really hard to get a photo of because they are small, skittish, and don't come very close. Here is what used to be a Magnolia warbler (I think) that is now referred to as a yellow-rump. I don't think it would have chosen the name change. 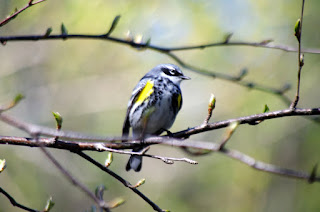 There was even a Baltimore Oriole at the hummingbird feeder for a few minutes this morning. Of course we have our own non-migratory birds. Which one doesn't belong in this group? 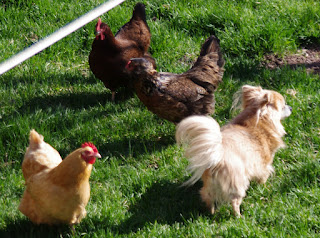 Walking on we found where we had started up a bridge club about 10 years ago. It is about 24 feet long and I can drive our truck or tractor over it with confidence. It took a few days to build, but it should last quite a few years yet. 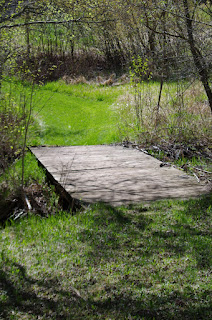 Until next time I bid you adieu. 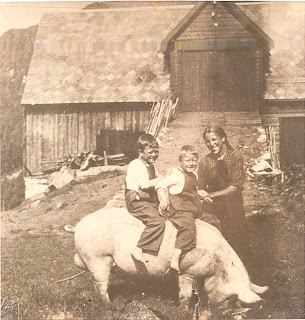 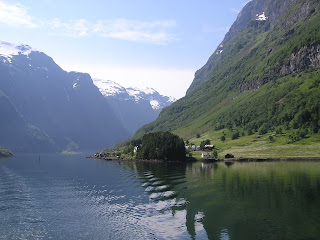 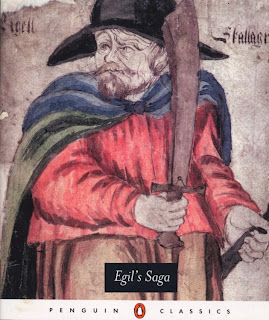 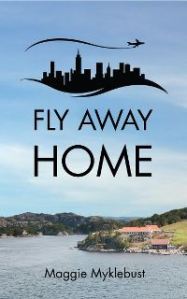