We have lots of hillside up here. The Lake Superior basin could hold a lot more water if the lake needed to fill up some more. In our general vicinity the initial rise is as much as 1000 feet (300M) and goes up some more before settling down a bit. What this does is create some opportunities to go downhill. There are numerous ways to do that such as walking, but using some kind of mechanical means can get you back down to the lake in a real hurry. It is not unheard of for large trucks to lose their brakes and go crashing down, sometimes through a building, before hitting the water. At least no one has been killed yet doing such an involuntary stunt.

As you may know, or at least heard about, is that snow and ice are slippery. We can have those for as much as 6 months of the year in these parts. The most basic form of transportation, other than falling and rolling, would be a sled or toboggan. It doesn’t have to be anything fancy just sort of smooth. I have personally used cardboard, cafeteria trays (poor college student), the hood of a motor vehicle (removed from the vehicle), or an actual store bought sliding device. Most of the North Shore of Lake Superior is just one big sledding hill. 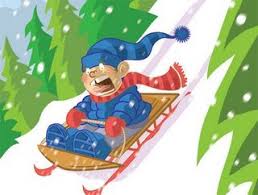 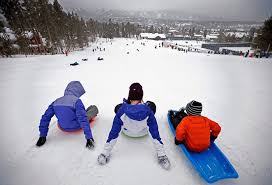 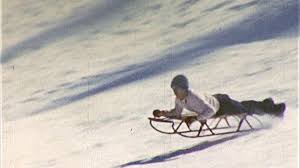 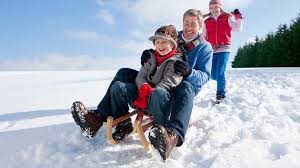 Mostly it is a lot of fun except maybe the going back uphill to do it again. Occasionally someone will get hurt, but the snow can be somewhat forgiving. The ice, maybe not so much. In fact, an acquaintance of mine had a mishap last winter and broke her leg doing a foolish maneuver on a store bought sled. While I was not there I suspect alcohol may have been involved. It took her nearly a year to stop limping as she is only a little younger than me. This brings me to another piece of local history, recorded in our local fishwrap (newspaper) from 90 years ago, February 21st, 1929. It goes like this.

“Earl Zerbach and Esther Isaacson were sliding down the street in front of the Arrowhead Hotel and Clarence Eliasen tried to stand with his feet astride at the bottom of the hill, so that Earl and Esther could slide under him.
They were coming with such speed that they hit Clarence, and he received a bad jar and was thrown into a sitting position. He sat where he had fallen for just a few minutes and then fainted.
Amy Backlund revived him by putting snow on his forehead. He managed to get home, although he was quite dizzy. Earl and Esther received no injury.” 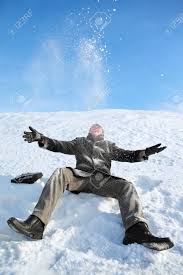 Poor Clarence! While it wouldn’t say so in the story (propriety, you know) I would imagine that Earl and Esther didn’t get their heads down low enough for a clean shot between Clarence’s legs. I also believe without looking into historical records that Esther was one of the kids living on my farm as Issacson’s homesteaded it back in 1915.

This is just another fine example of how we pass the time in our Winter Wonderland.