No, nothing serious, just the winter into spring transition. There is still a couple of feet of snow in the woods, but along the lake not so much. There are bare patches and the road surfaces are all exposed. For the last week the daytime temperatures have been above freezing and below at night. This is good for those who tap maple trees for what will become a delicious syrup. Those of us with a little less ambition just watch in anticipation of what will come.

I went for a walk along the lake through Croftville, like I did in the fall. The road is bare, but there is still a bit of snow and ice around the edges. The coming days will be a little colder and getting out for a leisurely walk is a luxury for me. So I brought my camera along to see what things are like now.
Unfortunately I am still using my old computer and it no longer accepts my sd cards as it is aging and no longer accepts numerous things I tell it. The new one arrived Friday, but the Solid State Drive has to be installed in it and it needs to be configured in general before I can stick all the useful information from this relic into it. I am thinking it will be ready to go by the end of the month. Maybe hoping is a better word.

In the meantime I inserted the pictures in the Cooker's computer and had her email them to mine which means they had to be substantially reduced in size/resolution.

I started out stopping (?) by the harbor in town as I had a few errands to run before I could walk. Don't most people walk before they run? Not me. I have to be different. There was ice on the harbor, but not entirely, and some of it was making strange noise as it moved around. 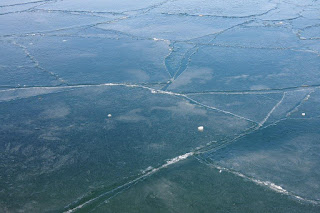 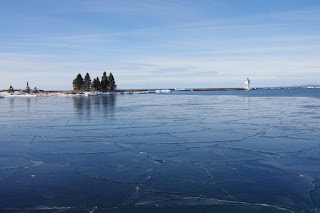 The water is quite clear where there is no ice. 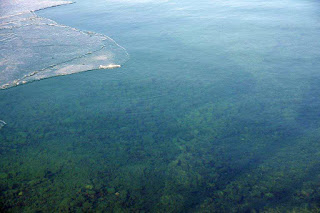 I didn't see any sunken ships or pieces of eight lying on the bottom. Darn!
A few hearty souls were walking out on the breakwater. 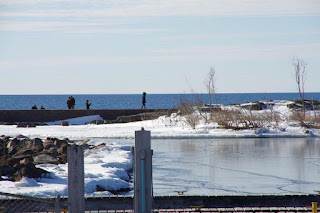 If you use your imagination you can understand why the ridges above the lake are called the Sawtooth Mountains. Rumor has it that they were over ten thousand feet tall before the last Ice Age, but there were no witnesses coming forward to verify that. 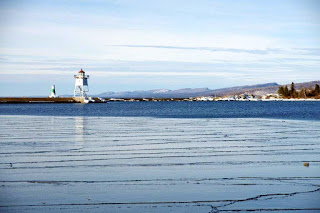 There is still thick ice along the shore rocks. 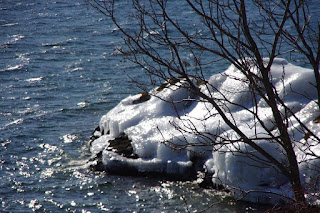 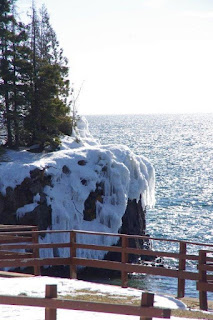 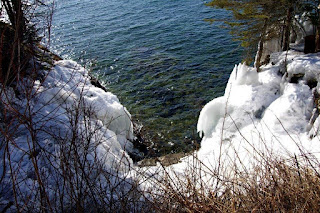 And a culvert that won't thaw anytime soon. 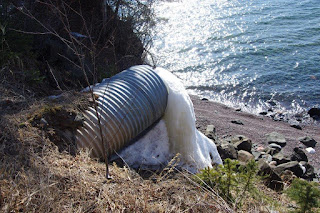 There is still snow in many places. 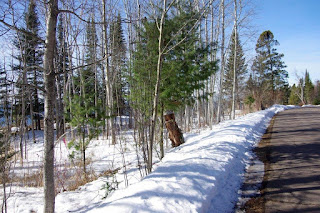 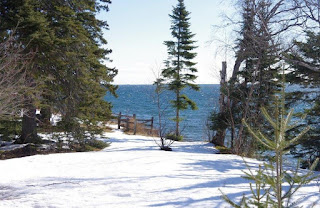 With the proper wish and more sunlight spring will be right around the corner. 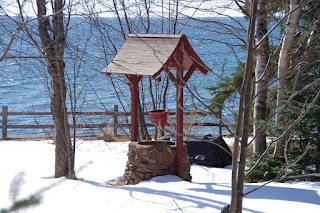 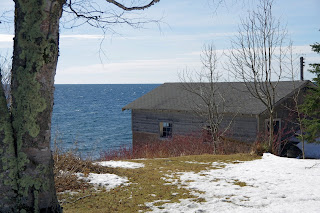