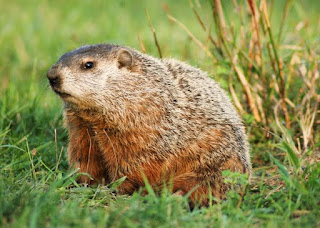 One of my favorite holidays is finally upon us. There is a flurry of activity around this day all over America and around our own region.

One of the biggest things in the news is the Caucasus! I wasn't sure why everyone was getting all excited about the Caucasus until I found out they were in Iowa. How the hell did they get a whole mountain range moved from the Black Sea area to Iowa and why?? Granted there's not much to see in Iowa except corn and soybeans, but moving a whole mountain range with 5000 meter peaks takes a lot of ingenuity and tractors! See how great America already is? We moved a mountain range that white people were named after! There's even a musical group called "The Young Caucasians" who worked with Ray Charles (not a Caucasian). Here is a link, so scroll down and it's just above Beethoven, another great Caucasian.

There was also some election stuff going on in Iowa, too, but it doesn't mean a lot who they choose. I mean we never had a President Santorum or President Huckabee did we? Who remembers Michelle "Crazy Eyes" Bachman?

Speaking of hot air, things are getting blizzardy in Iowa today to cool things off. God must have seen a serious need to get everyone there to chill out after their political rant.

There is a sled dog race going on up here called the John Beargrease Sled Dog Marathon. It is a 400 mile race that is a big deal for this area. It commemorates a time, not too long ago, that John Beargrease used to bring the mail up the North Shore until about 1899. It was a trail from Duluth to what is now Thunder Bay, Ontario. The trail eventually became a road and is now US Highway 61 (the one Bob Dylan sang about).
It is the longest Sled Dog race in the lower 48.

This is also the date of the coldest day recorded in Minnesota. Back in 1996 it got down to -60F (-51C) over in Tower which is west of here. By the Big Lake we stayed much warmer. Around -35F. Still pretty chilly, though.

The Germans are credited with using an animal to predict how long the winter would last. They used a hedgehog. German settlers in Pennsylvania continued the tradition, but had to switch to a groundhog because of a severe lack of hedgehogs on this side of the big pond. Punxsatawney Phil didn't see his shadow in Pennsylvania today so that means an early spring for those folks. 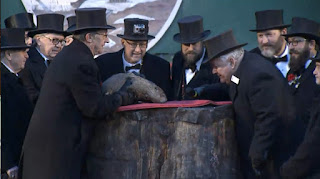 We call them woodchucks around these parts and they would have seen their shadows earlier this morning, but not now. Somehow I do not think they are aware of their own shadows, but I don't know of any research that has looked into this. The Duluth Zoo has a ceremony to coincide with this fuzzy meteorologist's predictions, but the don't have a groundhog on the premises. So they use Spike the porcupine. Even with gloves on I am not sure grabbing a porcupine is a smart thing to do.

Six more weeks of winter would be just fine with us. That is less than average, but NOAA is predicting warmer and slightly wetter than average for the next 90 days. I wonder if they checked with their groundhog?