After three days of wind, rain, and 40 degrees (5C) there is no doubt that summer is over. A little snow mixed in left no doubt. Then there are the days you can go out and walk around the farm and take in all those big and little changes that happen every year about this time. Sometimes the cooler air is so clear you can see all the way across Lake Superior which from here is about 70 miles. If you look due South and real closely at the horizon you will see the Porcupine Mountains of Michigan's Upper Peninsula. It's not much more than a shadow at this distance and we and they are high enough in elevation to get over the curvature of the planet issue.  Click the pic to embiggen. 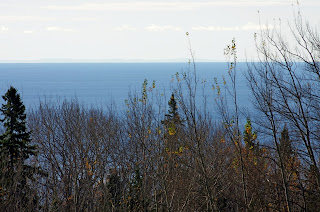 Then there are those frosty mornings coming with some regularity at this point. The roof of my car had the mark of the Frost Giants. Maybe the spirit of Ymir himself survived slaying by Odin and left this to remind me. Coming all the way from Jötunheimr just to say "Hei!" Imagine! 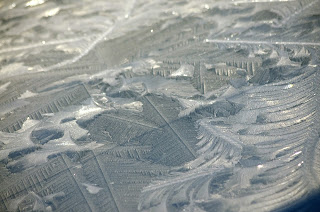 I think I'll take a walk in the woods and see what happens. 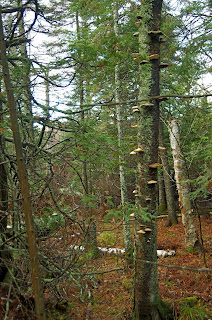 After a bear did this to my apple tree a few weeks ago I am tempted to find him and wear his hide as would a Berserker would when going into battle. At least I would have threatened him if I had caught him in the act. Unless he was really big and mean, course. 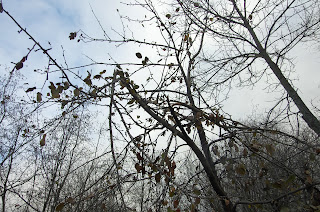 And I know where the hidden people, dwarves, elves, and trolls all live around here, too. In places like this. 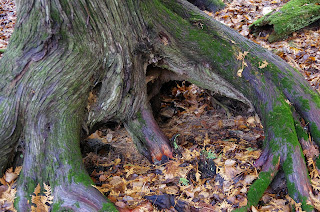 They make it look natural so that no one suspects, but I know different. I know where they get their water. 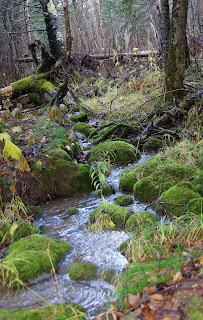 And I know what they will do if you don't appease them. It's not pretty and I dare not take them into consideration when I do things here at the edge of their realm. 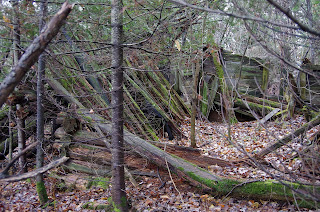 I know the dwarves made Freya's necklace and when the time comes I hope she, the leader of the Valkyries, will carry me to Valhalla in her chariot pulled by some very serious cats. 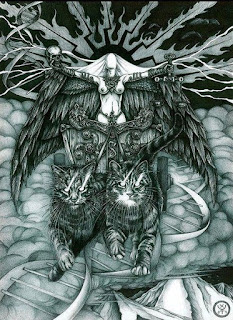 Then I emerge from the forest to the clear air and my mind settles down to the reality of the modern world. I have to ease out of my forest world gently. 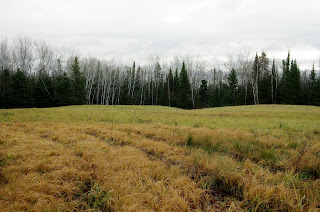 I see that my own house is not made of sod and will keep me warm in the coming months. Built from the bounty of the forest, mostly, it will protect me from the elephants and the elements. 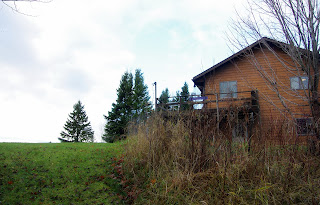 Maybe I will inscribe all of this on my very own runestone which is acting like a weather rock now. I can see that it is not winter. Yet. 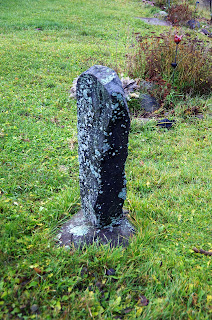