A long time ago, the Cooker made a Chinese dinner called Ants Climbing Trees. I don't remember much other than the name and that it was very tasty. The Chinese apparently use a lot of descriptive ways to name food, but the only other one I remember is their name for Coca Cola when it was introduced to them some years ago. Are you ready? They called it "Bite the wax tadpole". If I ever named a drink that would not be what I would call it, but I live in a much more bland (food descriptively wise) culture.

After my step mother died my father, Otto, and my brother and I went out to a local Chinese restaurant for some dinner. My step mother wasn't real fond of Chinese cuisine and my father, therefore, hadn't been to a Chinese restaurant in many years. That didn't really surprise me, but what did was my father addressing the woman who owned and ran the restaurant in Mandarin! Hell, I didn't know he spoke Mandarin and I had known him for fifty some years! In his first years in the U.S., following WW2, he had a good friend, and fellow foreign student,  by the name of Steve Yang. I vaguely remembered Steve from my early years, but that was so long ago. I wonder if Otto taught Steve any Norwegian or a handful of other languages that he spoke?

But I digress. Things climbing trees. The raccoon goes up the tree... 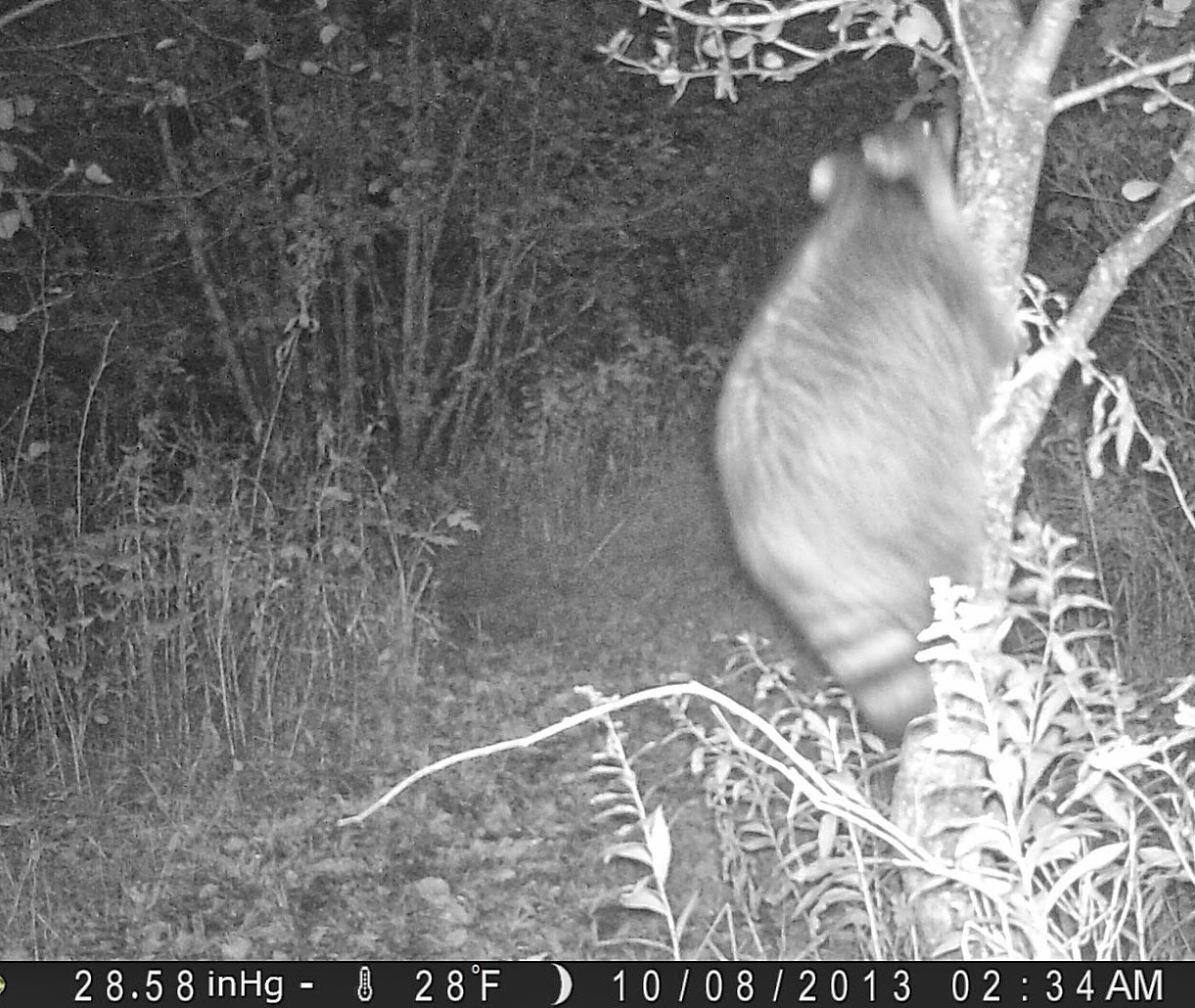 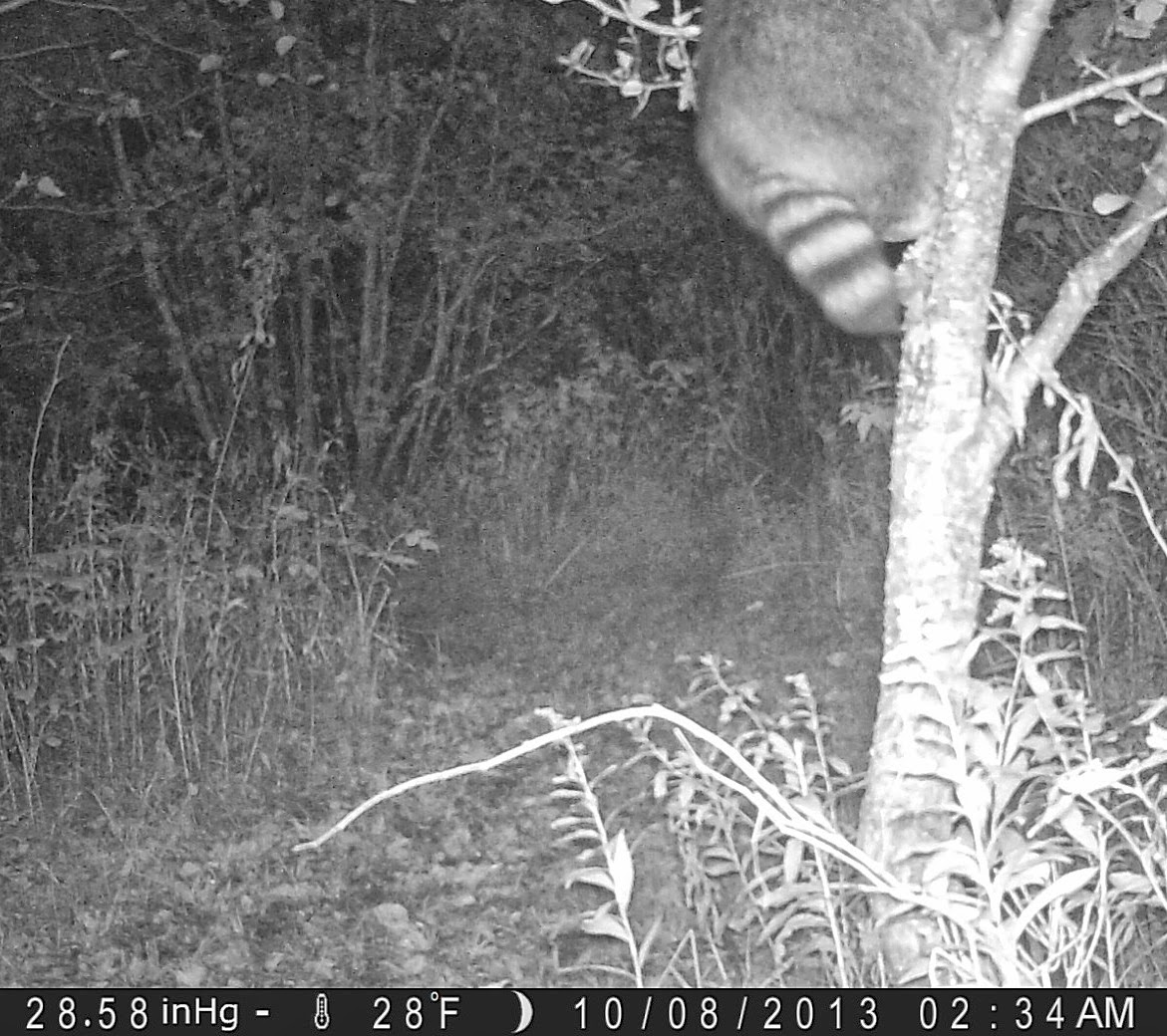 The raccoon goes down the tree... 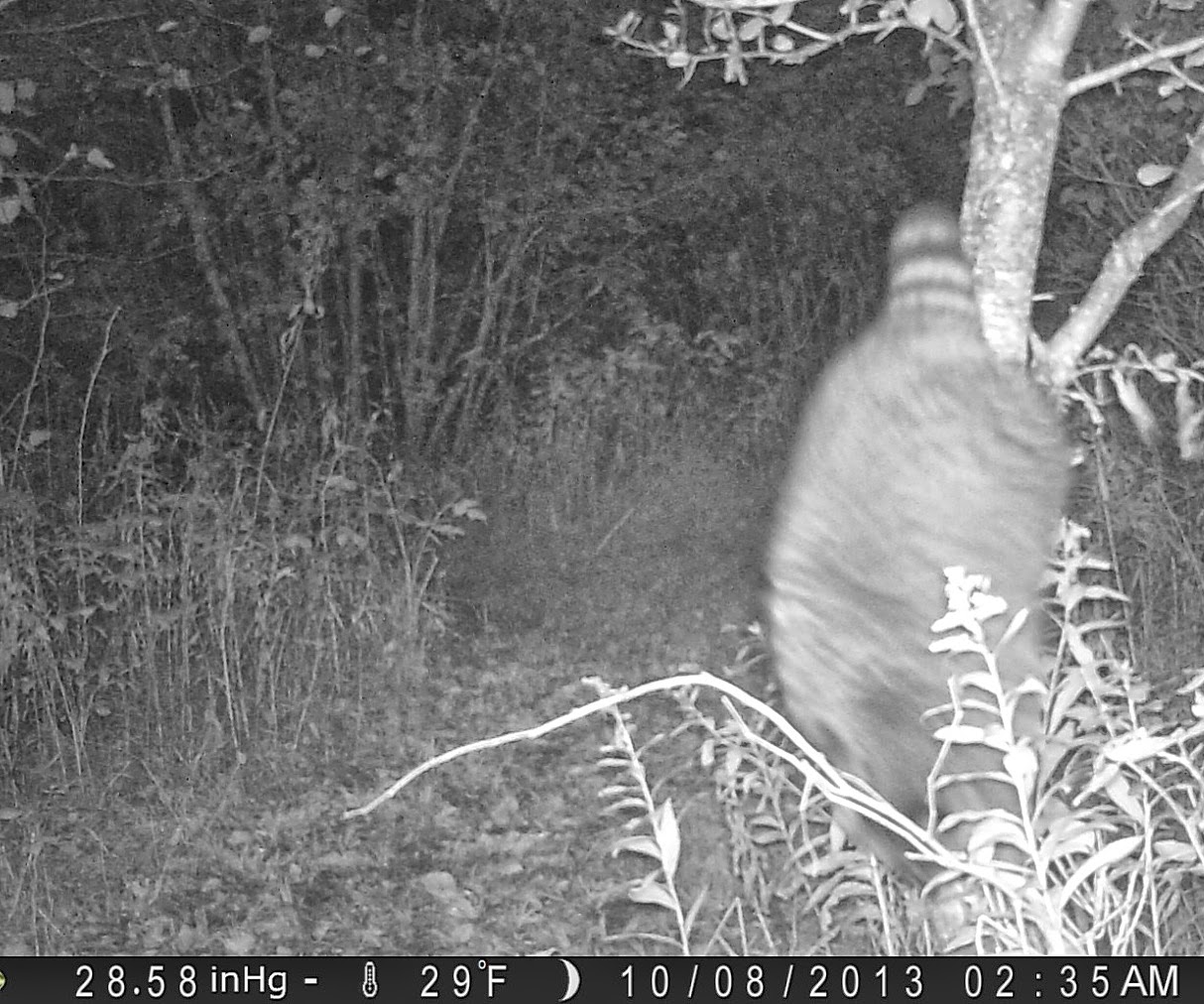 And the deer just keep looking for any more apples that the 'coons missed. 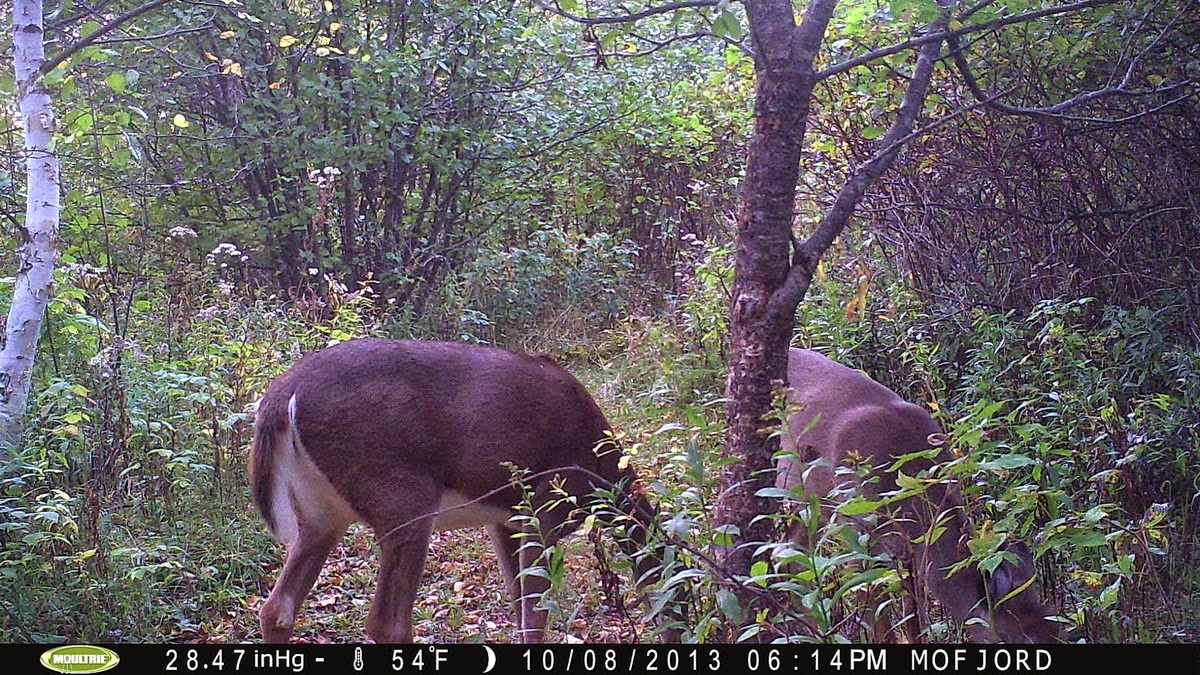 Then there was something I had heard of, but never seen, until now. I had no idea that foxes climb trees. It is obvious now that they can, but I also didn't know that foxes might like apples. Since this was taken at 5:04 AM, I must assume that the fox was getting some fruit to put on its otherwise bland breakfast. Maybe. 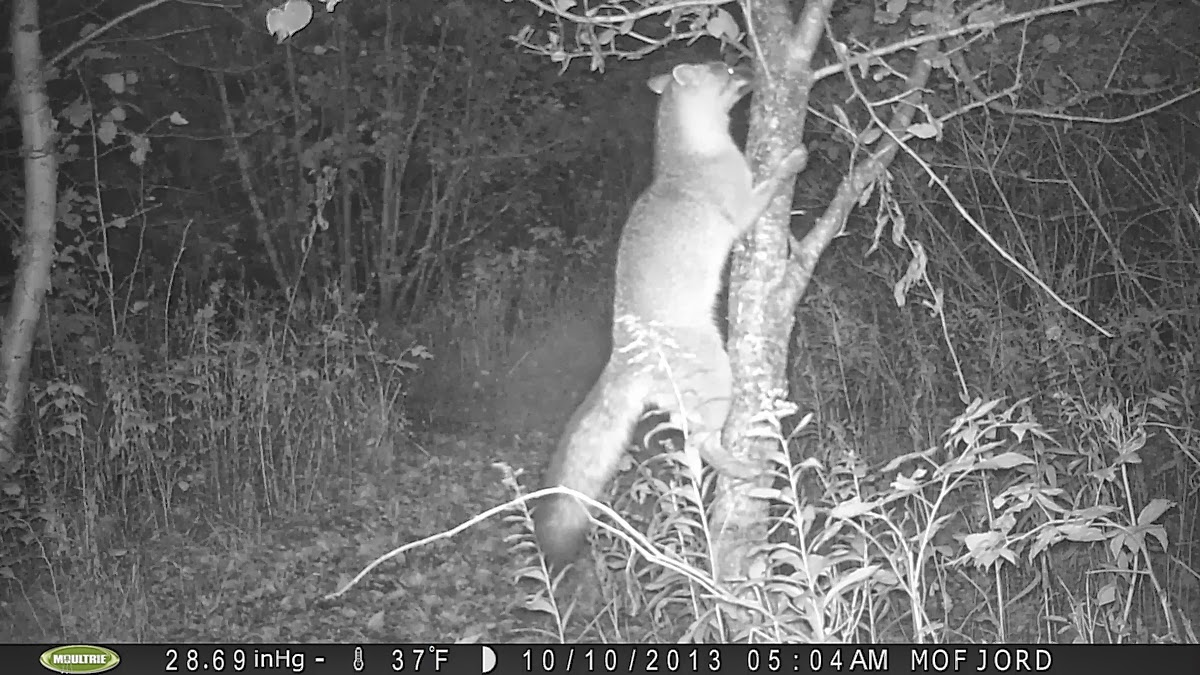 These are things that go on in the 'hood when I am not looking.