Spring has sprung about 6 weeks early. The porcupine and woodchuck were right! I think a groundhog and woodchuck are about the same thing. Who would have ever thought we would stay 15 to 30 degrees above average for weeks on end. Several bird species are back early and the dirt in the greenhouse is at 50 degrees. Stitch might get some leaf lettuce planted today. Of course there is a down side. The forest might burn up if we don't get some precipitation. Yes, yes, I know talking about the weather is considered "small talk", but for those of us who spend a lot of time outside and don't live in a city or town, it is a major player. Besides, this is Minnesota where small talk has been taken to an art form.

I felt the need to document this odd March with photos around the farm, so here are a couple. It shouldn't look like this until early May. 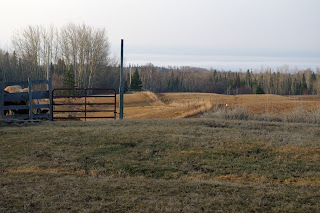 There is still some snow in the woods and in the low spots, but it won't last a week if things keep going the way they are. Even the piles from the driveway are dying a quick and merciful death. 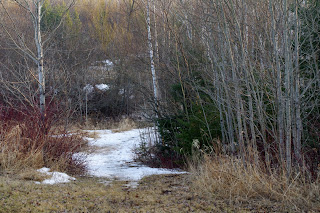 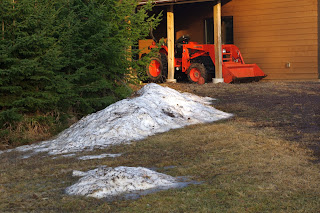 I finally started to ride again. I hadn't ridden a horse since the week before my surgery last Halloween. My horse, Draugen, had only been borrowed a couple of times this winter, so I spent a little time with him a few days ago and yesterday doing a little ground work to make sure I had his attention. I saddled him up and we went out for a very short (20 minutes or so) ride around the farm in the dry places. The woods are a little slimy yet. All went well. We mostly walked, but did a little trotting and when I got off I felt great. No pain or discomfort (to either of us) and he was a perfect gentleman, as usual. When I was walking around taking pictures this morning I was going to take his, but his head was still down inhaling his breakfast. At least the Colonel, our beloved mule, came over to see what was up. Here he is. 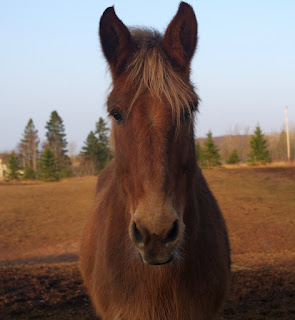 As I was walking around, in my slippers no less, I wanted to see if the round pen had dried up enough to use. I am not sure if it has because I didn't want to disturb one of our four-footed neighbors who was wandering around in that vicinity. 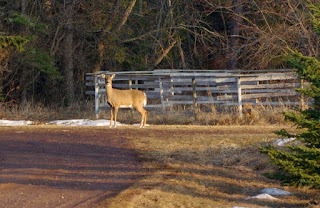 So that is Sunday morning on our little farm at the edge of the boreal forest.

Spring has sprung,
The grass is riz.
I wonder where
The flowers is?
Posted by Jono at 7:50 AM