Long ago and far away, those being relative things, I was a young college student working in the Adirondack Mountains of upstate New York. It was the summer I turned nineteen and I was off to work for a couple that I had never met, although they were old family friends, doing whatever needed to be done for them. You who have followed this blog for a while have heard about some (not all) of the fascinating people I got to meet working for the McKennas for those three summers. I was also introduced to some other parts of their cultural world that I had not been exposed to in my young life, but that made an indelible impression. One was cribbage and another was Herkimer County cheddar cheese. It is the latter I wish to tell you about. 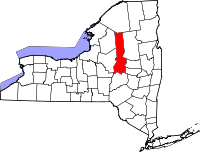 It was aged and sharp and I had never tasted anything like it. A white cheddar in a world of Kraft slices was something a little new to me. Sure, my European father had little stashes of exotic cheeses which I thought, for the most part, smelled too bad to eat. The exception being Norwegian goat cheese, or brunost, in which I did get to partake. I love it to this day and can even get it in this tiny town.

After a long day being the “boy” around camp (Adirondack cabins are referred to as “camps”) we would often have a few hors d’oeuvres and a drink before dinner. We were civilized even in our buffalo plaid. Several times a week we would have this delicious treat along with bourbon, sherry, or beer (His, Hers, mine) while we discussed the events of the world, the nation, or our own little spot on the planet. Anyway, I grew to love this taste treat by itself or with a few crackers. In addition to my room, board and $50 a week cash (all stashed for tuition), this cheese made me feel like life couldn’t get much better.

When it was time to return to school for my sophomore year I knew I would miss this sophisticated taste treat. I decided that I had the ability and money to order a whole cheese to have, to savor, and share with my friends until it was gone.  Five pounds of cheese would be my treasure and souvenir of my first whole summer away from home.

It arrived about a week after I got to school. Big and round and covered in black wax, it was a sight to behold. The only knife I had was a hunting knife so that had to serve my needs. I had never cut into a five-pound cheese before and I probably even then didn’t realize just how much cheese five pounds is. Let me tell you from experience that it is more cheddar than you would be able to eat in a week unless you were into some kind of self-punishment. Not to say I don’t love the stuff because I still do. I do, but too much of anything, no matter how enjoyable, might not be so much fun after all.

Over the next few weeks I would have a cheese and crackers snack any time I wanted to or to remember what a great summer I had. There was plenty for all, so I always tried to share. After a few weeks of sharing and eating I had only gone through a wedge that was maybe a pound. My consumption slowed as the school year got more intense and eventually I started to forget about it. It was an old dorm and there really wasn’t any good, safe place to store my still massive cheese.  I would remember now and then to eat some after I cut the mold off of it, but the times lengthened and the mold thickened. Mold can be a good thing when it comes to cheese, but in this case not so much.

I finally made the big decision sometime during the winter. It was time to dump the holy cheese. It broke my heart, in a way, but by then I was pretty sick of it. By the next summer back at camp I was ready to eat it once again, but sparingly from that moment on.
Posted by Jono at 6:06 AM