This weekend was the Wooden Boat Show and Summer Solstice Festival at North House Folk School. I hadn't been in a few years and needed to see what was new. It was a nice day to be by the lake as it was mostly sunny and cool. The activities are too many to list, but check out the link f you so desire.

The first thing I did was to check out the music which was being performed by Tom and Caleb. Tom is one of the fiddle players in the band I play in and I didn't even know Caleb played as I know him from other pursuits. They played perfect background tunes. 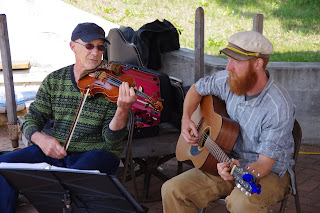 Our dance caller, Barb (on the right), is here with her twin sister appreciating the music. 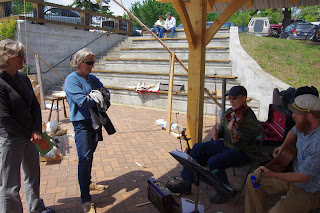 There were exhibitors who are also teachers at the school. Everything from wooden toys, spoon carving, various other types of wood carving, weaving, felting, basket making, gunsmithing, metal forging, and wood turning. 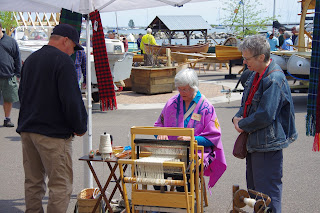 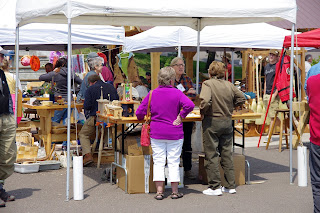 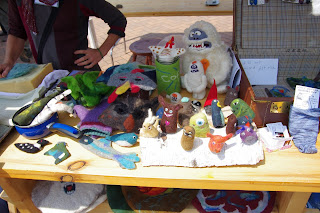 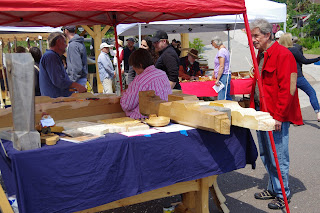 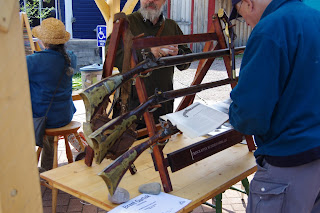 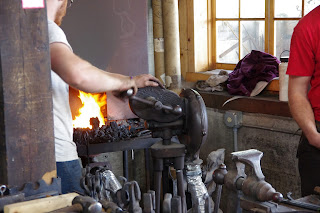 Then there are the boats. Kayaks, canoes, sailboats, rafts, runabouts, and some that may be undefinable, but they all float. Some for sale and others just for display.

Mark Hansen, founder of the school, has been working on an "Old Man's Pleasure Boat". I have stopped by his house a couple of times in the past few weeks to see the progress. It isn't done yet and he still needs to get the masts and sails on it, but he does have a little outboard motor in the meantime. It is two matched canoes and the rigging style used by the Polynesians to lash it all together. It is like Kon-Tiki meets the Boundary Waters. He is just going to use square sails attached to a couple of black spruce masts he has at home in the driveway. 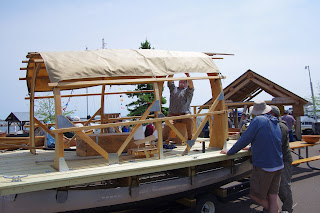 Here are some of the other boats. 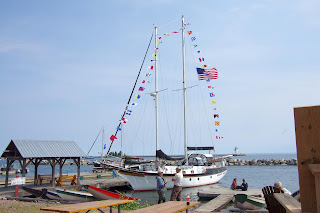 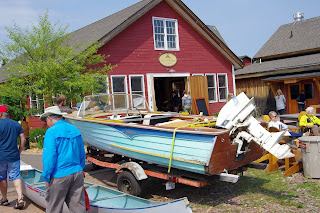 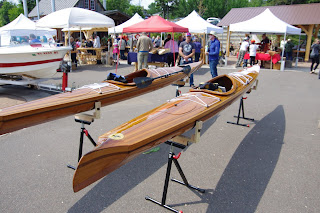 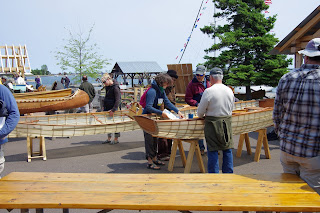 There were some lectures going on as well as a silent auction so there were not always a lot of people outside.

Of Course, when you get a bunch of older seafaring men and women around you get tales of bravery, adventure, and downright stupidity as told by those who may or may not have been involved. Nothing like sitting around a fire to bring out those stories. 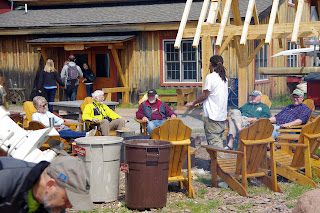 The Solstice Pageant was in the evening and too late in the day for my level of energy. I will no doubt hear stories about how it went from those who were there and probably some who were not. That's small town living for you. For those of you on the north side of the equator the days will start to ever-so-slowly shorten now as those in the southern hemisphere can welcome back the light. Funny how it happens every year about this time.