I knew the Arts Festival was underway when I walked downtown yesterday and caught a whiff of Patchouli oil in the air. Nothing says "art" like the scent of Patchouli. There were about 80 exhibitionists, or exhibitors as they often call themselves. Since I actually know about a handful of the folks showing their various items I thought it would be fun to look over the whole thing. There was a good crowd and a lot of actual talent among the participants. At least a whole lot more talent than I can muster up on an inspirational day. Click the pics to embiggen. 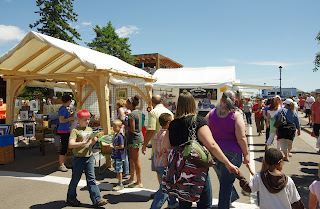 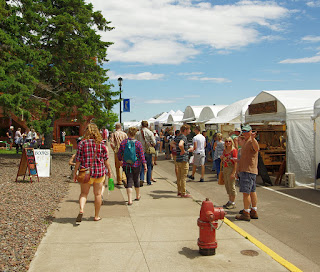 I think the fire hydrant is not a sculpture, but an actual hydrant! 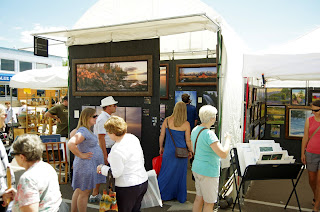 The woman in the light blue dress should probably take a break from her beer guzzling. Unless that is not a beer belly and she is pregnant in which case she should also not be drinking beer.

The harbor was also a nice place to be and adjacent to the festival for that cooling off effect that one needs on a warm day. No one threw any art into the lake (but what a great concept!) out of frustration or disgust. There was music, and sailing, and even rock skipping by someone wearing a coon skin hat. 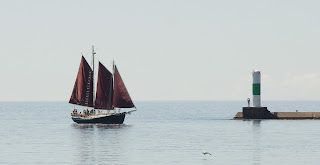 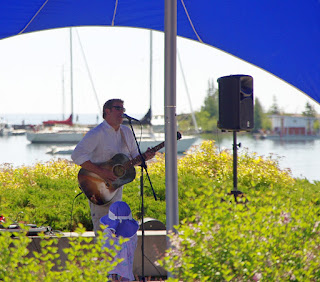 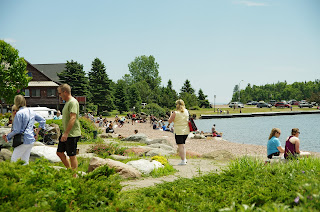 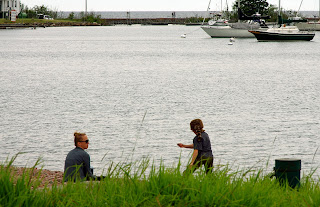 There was a lot of really cool stuff people have made and the atmosphere was festive without being nutso like a state fair. 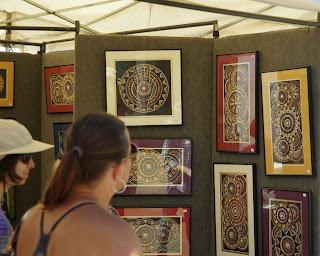 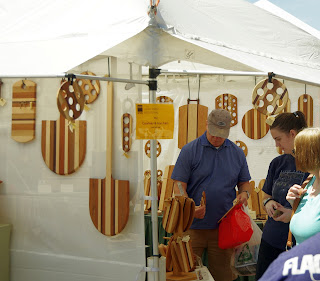 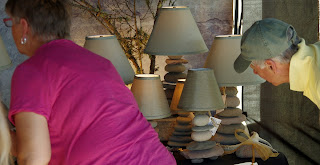 Our local Art Colony has presented this show for 26 years now and have a pretty good idea how to do it. There are lots of special and hands-on exhibits and demonstrations for all ages. 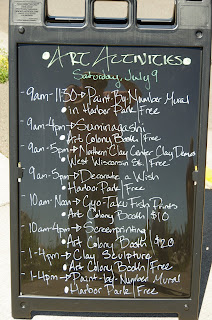 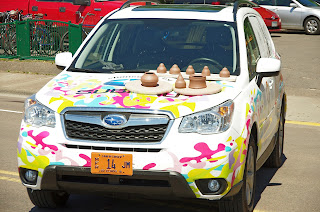 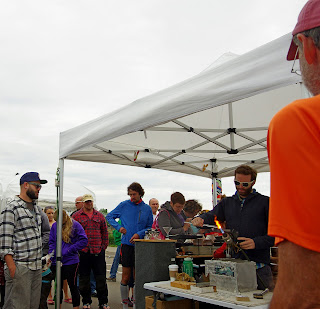 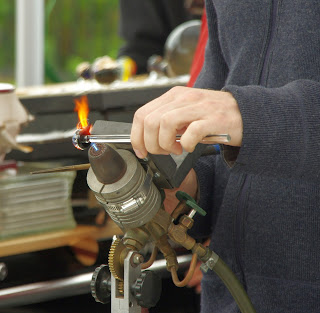 One of my favorite artists is my friend Elise. She is at this show as a fiber artist specializing in wool felting. Everything from wearables (slippers, hats, mittens, vests, scarves, etc,) to woolly scrubs, finger puppets, hand puppets, cat beds, potholders, and more. She also teaches some of these things, along with wool sock repairs by felting, at North House Folk School. She is a pretty handy friend in a climate as cold as this. 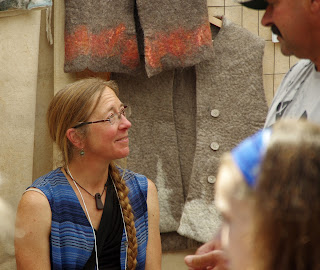 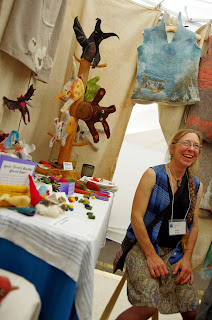 I also get to run into friends I don't get to see very often and do a little catching up. People watching is always fun, as well. I am not much of a portrait photographer, but once in a while I get a nice shot of some friend, acquaintance, or total stranger. In this case the latter, but her face says a lot. I think she is inspired and will grow up to make a successful and well known artist. I can see it in her eyes. 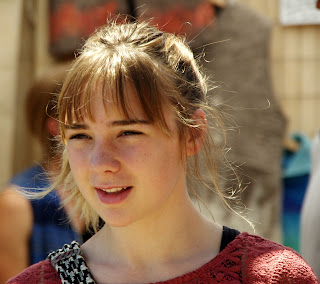