From the time we were born, mother took us to the country, Lonevaag on Osterøy (an island), where we spent the summers. First we stayed at Magne Grønaas, he was a butcher and also had a small farm. His wife Brita was mother's aunt. When I was about five, we stayed with the Natlands at Ramburgstølen. The place, Lonevaag, was where my grandfather Mons Andersen grew up. Apparently, he was born at Mele, a little further to the south also on the island. His fatherbought a small farm in Lonevaag on a place called Fossen, and he was called Anders paa (on) Fossen. At Rambergstølen, there was a farmer Mr. Natland, his wife Emte and their three children: Asbjørn, Karl and Alma. We had a small room on the second floor, one bed for mother and tante Ovidia who would come every weekend and for her vacation. Audun and I would sleep on a straw mattress on the floor. They were good summers. After we got a little older we would go with Asbjørn to feed the pigs and Alma who made a corn meal for the chickens. 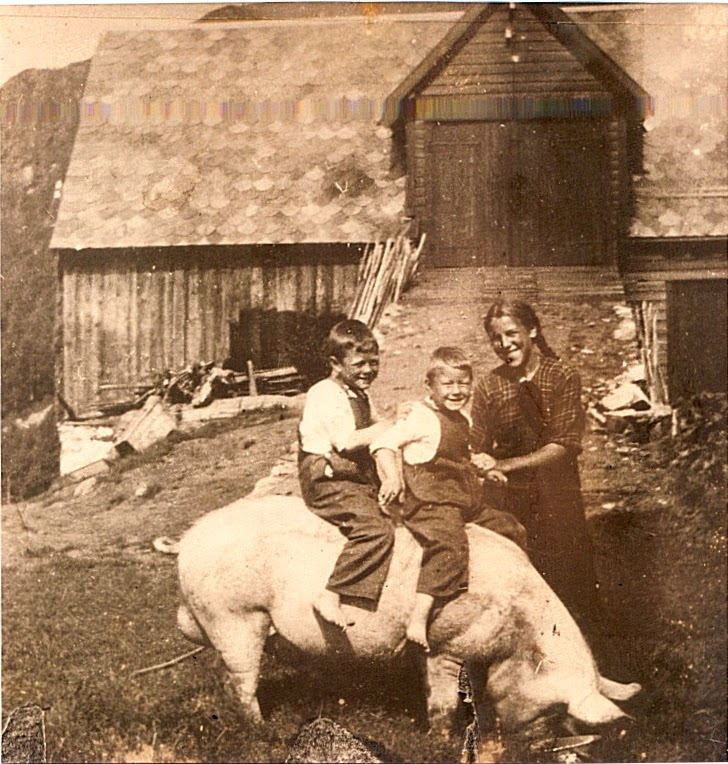 Otto and Audun on the boar with Alma standing by, circa 1926.


Most of the cows were in the pasture and Emte would go to milk them every morning and evening. One or two would be up in the mountains. Audun and I would go with Asbjørn to pick them up. Asbjørn had to talk to everybody on the way, and we didn't think we would ever get there. One time we had to go to find a cow who had just calved. Beautiful weather in the morning when we left. Found the cow, but no calf which she had hidden. It started to rain and we took shelter in the cellar of one of the saeter (chalet) huts and had our lunch. When we came back out, there was the cow feeding her newborn. Then back to the farm. The "baby" only a few days old did fine, Asbjørn carried her down some of the rough paths. We were soaked to the bone, but mother dried us up, put us in bed and treated us to fish balls and boiled potatoes with white gravy. That is one of the meals I'll always remember.

As little kids, we had several chores. One was going with the "hesjestreng". We had to carry the wire to make his "hesje", that is long rows where you hang the hay so it would dry. 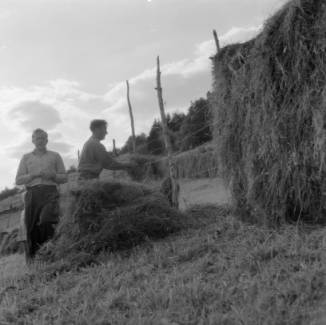 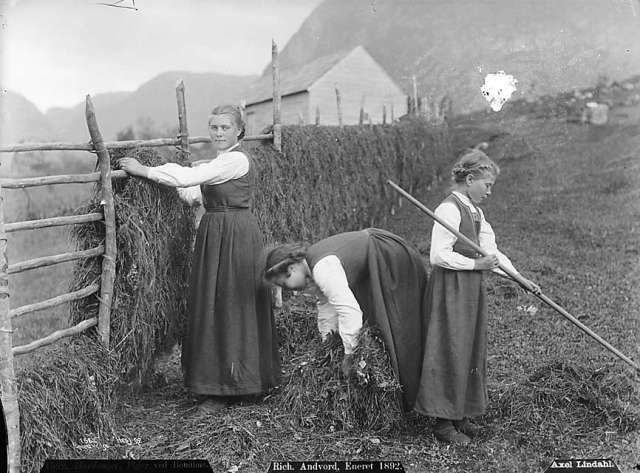 One other job was to pack down the dry hay on the wagon. Old "Lydia" (the fjord horse)then carried it up to the barn where we also had to distribute it and pack it down. 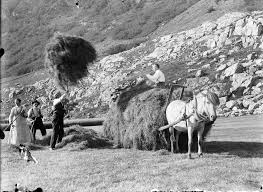 Another job was to turn the "slipestein" (the grinding stone) every evening for the boys to sharpen their scythes.

Dinner time, called "nons" was the main meal of the day, 12 o'clock noon. The main dish would be stew or fish with potatoes, and almost always rhubarb soup for dessert. On Sunday it was usually beef with gravy.  In the late afternoon we had coffee and bread with syrup often eaten out in the field.

Both of our grandfathers were dead. Our father's father Anders Olsen Algerøy was shipwrecked with his crew off the coast of north Iceland in 1898. Mons Andersen, mother's father  died from TB about 1915. So we had no grandfather, except Audun. He adopted Mr. Natlund, and went to see him on the farm the winter before he started school, all by himself.

Around 7 o'clock in the evening the steamer would come from town. My mother's uncle Johan was the one who took care of the goods. "No kjeme dampen" (steam monster) he would say walking down to the pier. He was quite a guy having been on the big sailships when he was young. Would tell us stories: "then we sailed from Buenos Aires to Rio de Janeiro in Brazil". Somebody would get ice from the ice house. The ice had been cut off the lake in the winter and covered with dirt in the ice house where it lasted all summer. It was taken to the dairy to keep the milk cold till the morning when it went back to town on the steamer. One fascinating item was the milk coming from the valley west of us. They had rigged up a cable lift from the top of their mountain down to Lonevaag. It was fascinating for us to watch the milk containers moving down the cable.

In the afternoon we would go swimming with the other kids, Audun and I were the only city boys. We learned to swim here. We would also go fishing when we got older, either from a row boat or fishing off the rocks using a long bamboo pole. For bait we used worms or mussels. We would also fish with my mother's cousin Bjarne Kalleklev. He fished with lines or nets in the fjord. He would catch some nice fish. As of this writing there are no fish left, except for perhaps some trout and salmon. The Lone was in those days a fine river for the sportsfishers, and it was rented to the sportsfishers from Bergen. Bjarne, he was at least a little crooked. When I was about 13 we would set the nets in the fjord, never caught much. But late in summer when it was dark for 4-5 hourshe would take nets up the river. We would climb up the hill above the fishermen and set nets across the river where it was calm. An accomplice would be on the other side and Bjarne would throw him a line and he would pull the net across. Then we would set a few more.In a few hours we would have about 20 fine salmon about 8-12 pounds each. We carried our loot back, making sure nobody saw us. Then a few hours sleep and out  in the fjord to fish the nets. He gave me a few and we would have a delicious Sunday dinner. He would put the salmon on ice and send it to town to be sold there. I think that he finally got caught.  (NOTE: setting nets in the river was illegal, but in the fjord was okay.)

When we got back from the country at the end of summer the circus was in town.The kids who had spent the summer in town were bringing us up on all that had transpired during the summer. We went back of the circus and there was a little shack with the letters "PISSOIR". We called it "pissaren".  One year the Hagen-beck circus came from Germany. That was a great circus, brought a whole zoo with them. Remember going to see the animals with our class at school. 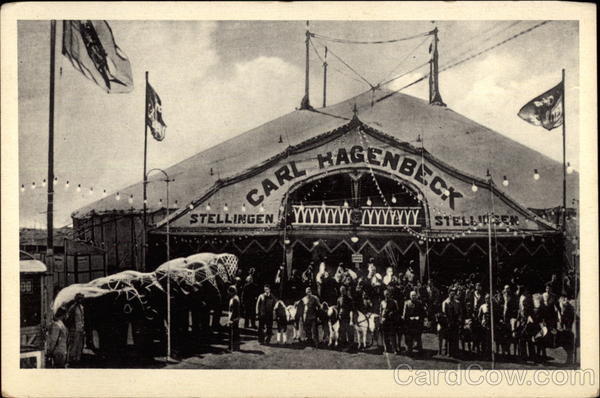 The circus was only two blocks from our home and the people at the circus all lived in our neighborhood. Two of the girls lived in our apartment house and I remember waking up early Sunday morning to beautiful music. The whole orchestra was there serenading them. 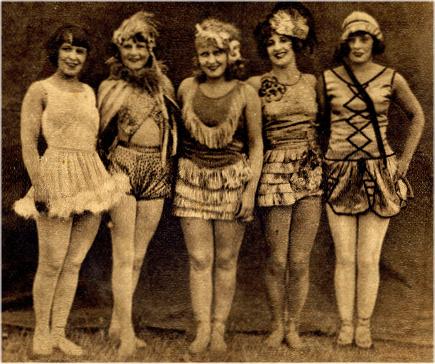 In 1928 we had the big country fair in Bergen. That was a great place to visit. We just walked around, having no money to spend on rides, etc., but we picked up a lot of circulars. Our father was home this summer, must have been home in the spring as well, since Kaare was born the next winter. He had a job there and was able to get me in for free. Uncle Johan came to visit from Lonevaag. He was on the roller coaster when he lost his cap. "Det bar saa snøgt ut føre" (It went so fast downhill). Cost him one krone to get his cap back. You can read more about the fair in the Bergen book: "Bergen i Mellomkrigstiden".