Summer in the Adirondack Mountains

My first summer in the Adirondacks was my first summer away from home with no family anywhere nearby. I was alone in the woods with total strangers. Sort of. The McKennas were familiar with my family, however. Both of my father's younger brothers had worked for them in the 50's while attending Case Western Reserve in Cleveland where McKennas were social workers.

Mr. McKenna was head of social  work for Cleveland when he retired. They were both from old money, descended from Mayflower settlers, but they both worked anyway. They were also socialist/liberal politically which nearly got Mr. McKenna disinherited. He also had some robber barons in his background which gave him an interesting bunch of relatives, many of whom I got to meet, eventually. Joe and Pat were a bit quirky, but they were great readers and correspondents. Joe had picked up an advanced degree at Cambridge University (yes, that Cambridge) in English literature which made conversation totally fascinating. Pat was similarly educated and when we had guests, which was most of the time, there were interesting discussions which I found myself soaking up while doing my assigned chores. We got the NY Times, but being 300 miles north of the city it was always a day late. 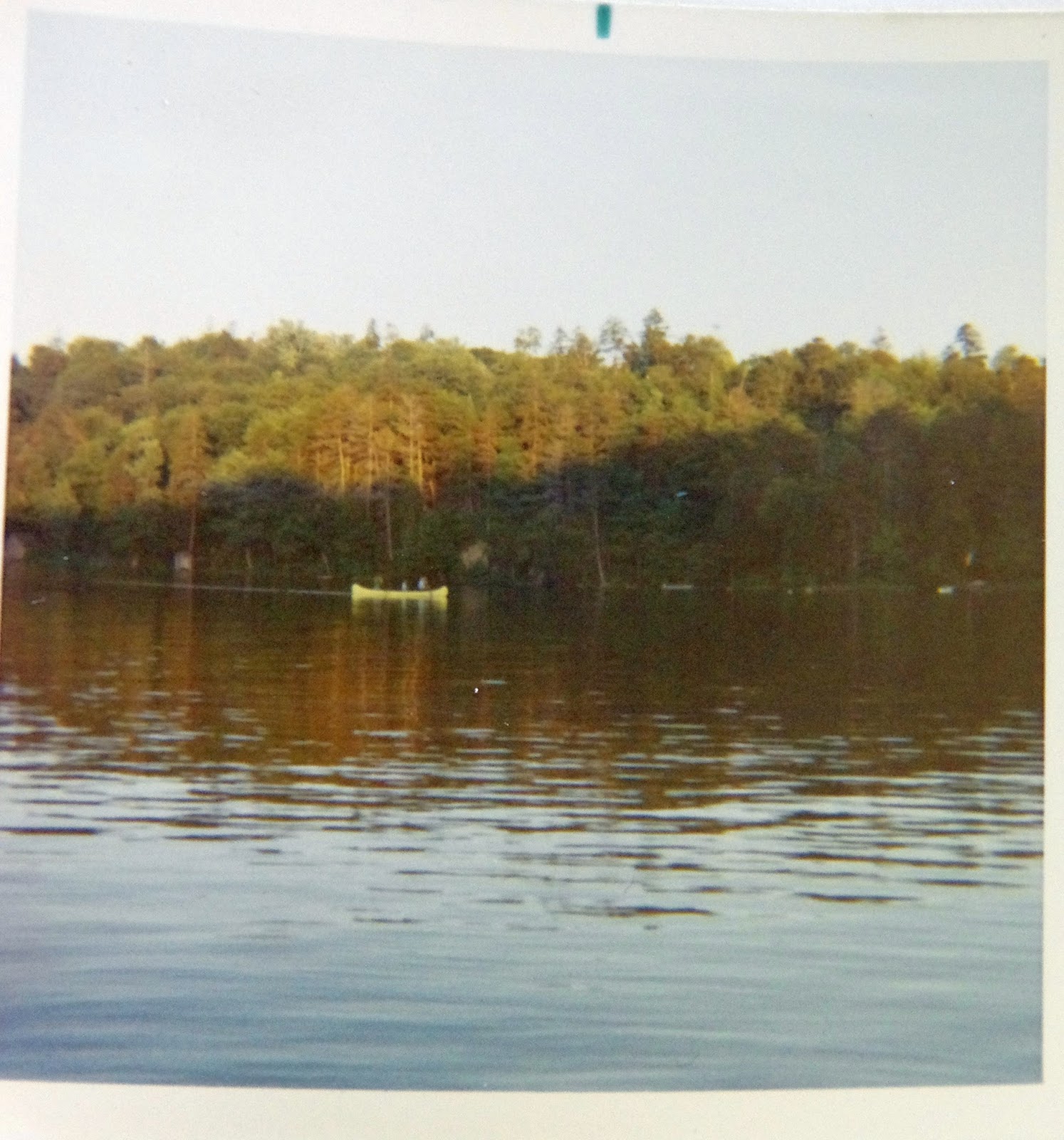 This was where I learned to play cribbage. The coffee table was a slab of pine about 40" in length with holes drilled in it to keep score. The pegs were turned aluminum and brass. These people were serious. An old retired boy scout executive named Morse Lowry would paddle his canoe across the lake at least several nights a week for cribbage. He always paddled properly, on his knees near the center of the canoe, and always wore his big ol' brimmed boy scout hat when he paddled.  They kept score of their games in a notebook and the notebook was older than I was. 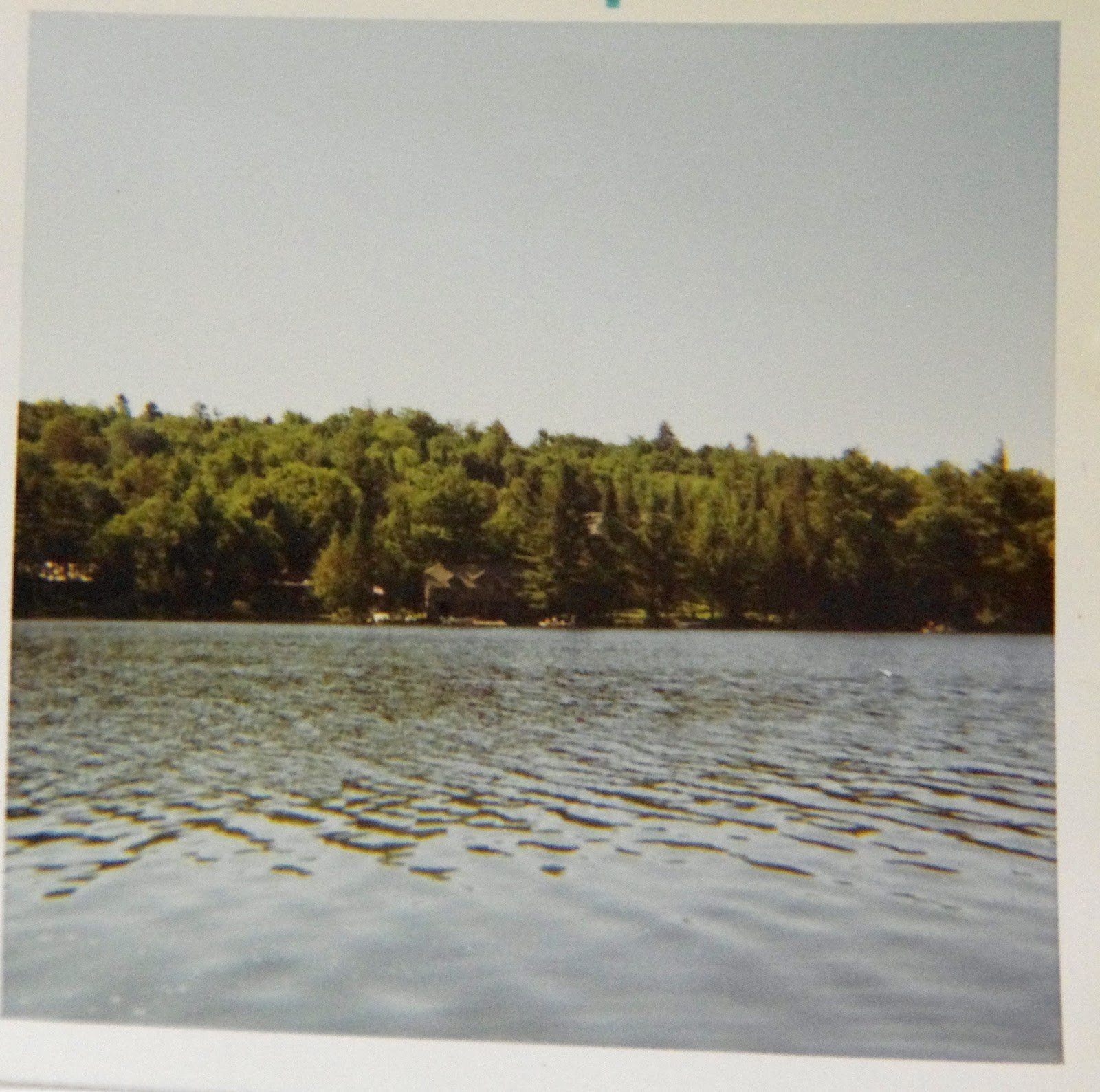 Other good friends of theirs, the Gorhams (descended from Nathaniel Gorham of the Continental Congress, etc.) were from Buffalo, but had a place down the lake a mile or two. They were extremely nice people with about four children all older than me. The daughters were awesome and I had a crush on the youngest, even though she was married with two kids. (If you see a pattern here with crushes on older women you are observant.) They had known Joe since childhood as Joe's mother had owned a Chrysler foundry in Buffalo. 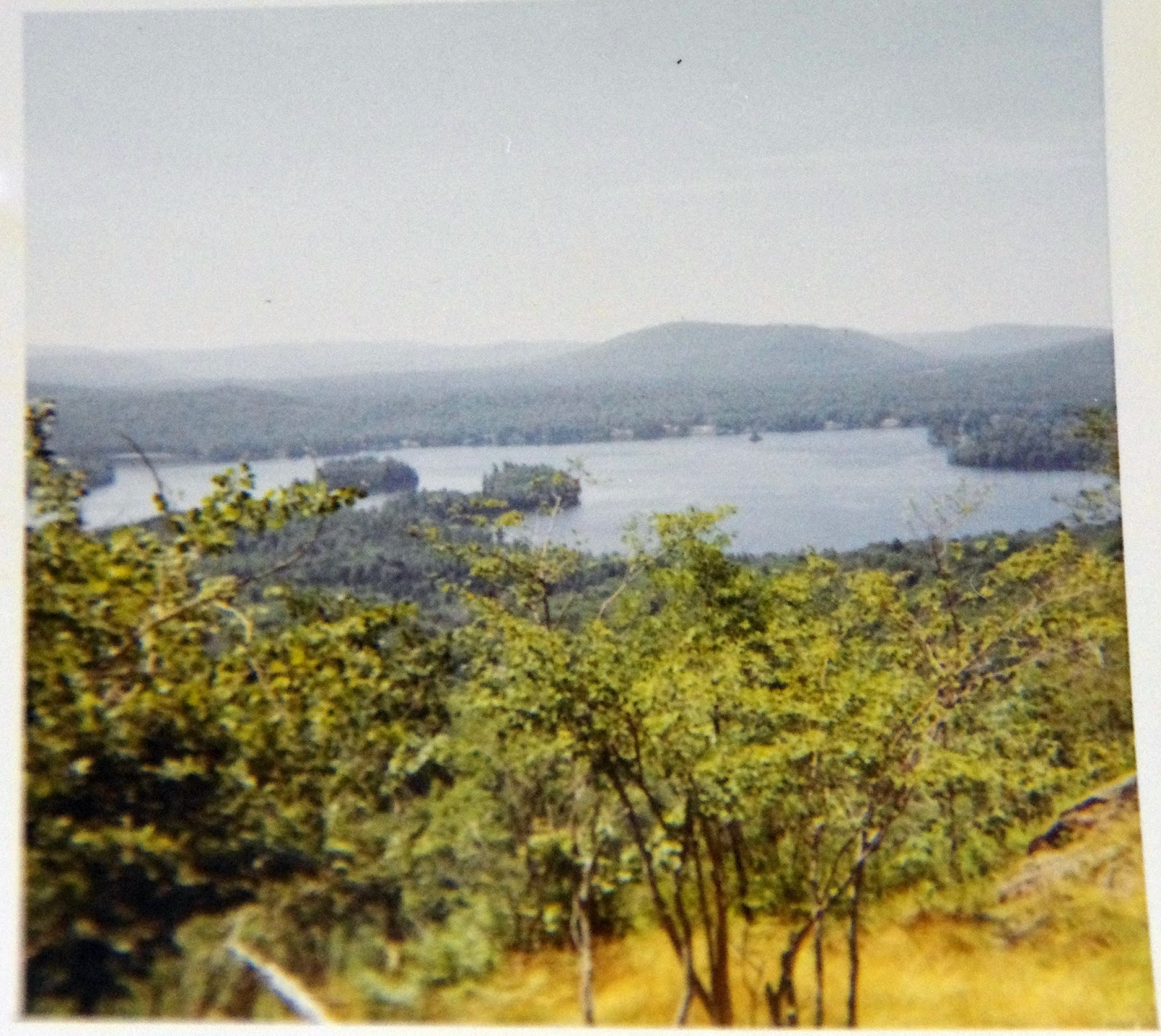 It is understandable then that the car I drove for Joe and Pat was a Chrysler product. It was a coupe with a 383 and a 4 barrel carburetor, so it wasn't a great car for running around the north woods doing shopping and errands, but on my day off it was a hoot. Stomp on the accelerator and it would roar to life while inhaling gasoline at an incredible rate. I had to be careful though as $50 a week needed to go toward college and I couldn't afford to burn up a lot of money on 40 cent per gallon gas, and beer was a luxury, too. Remember, you only had to be eighteen in New York to drink. 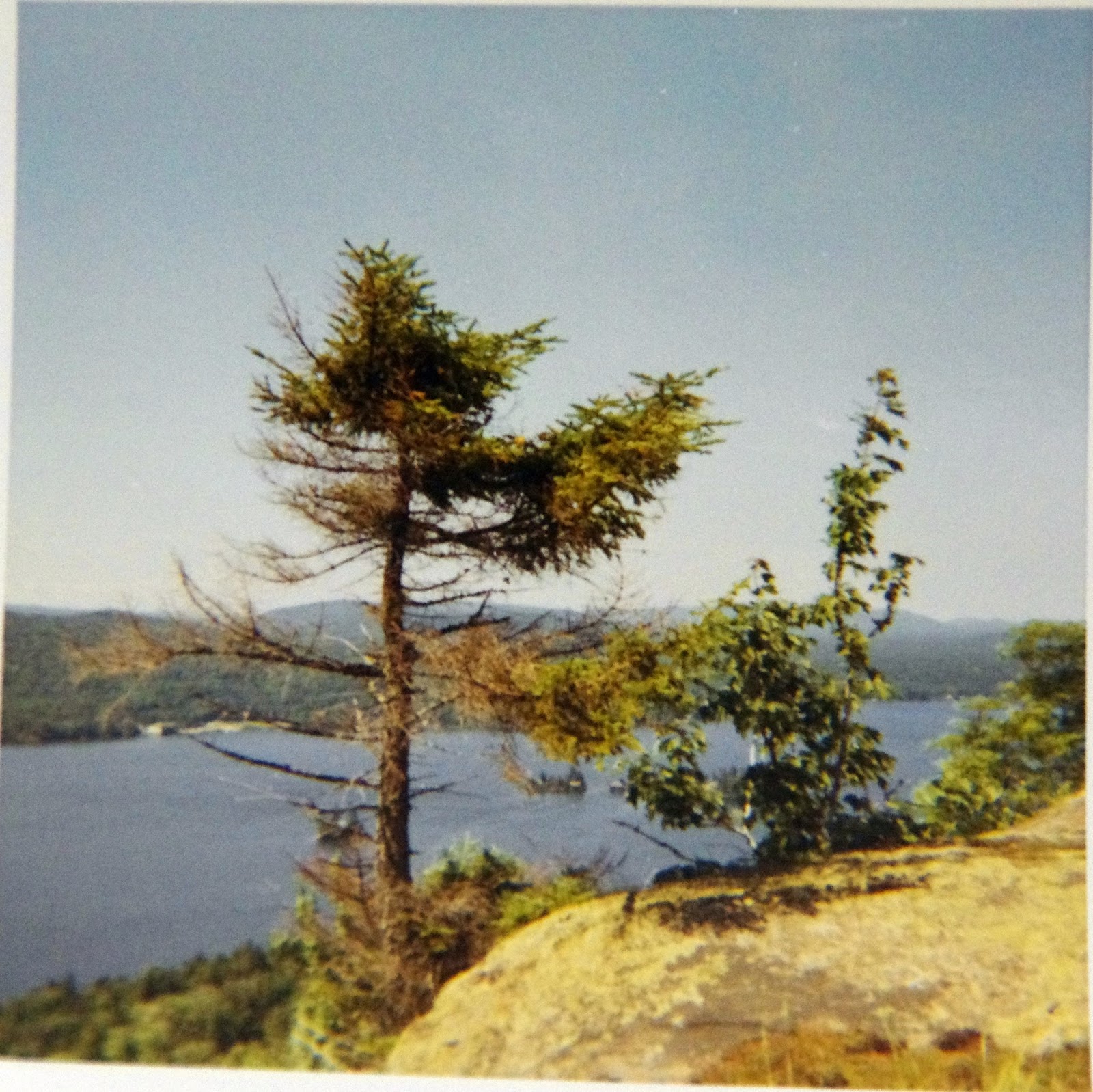 I saved money well and also saved up a 3 days off by working every day for three weeks.  I decided to go on a little adventure and see where it would take me. I headed to go North and cross the Canadian border for the first time. I picked up a hitchhiker from New Orleans, while going through Watertown, who was headed for the Strawberry Fields concert across the border. Having been in the woods for a couple of months I hadn't heard a thing. (the previous summer my girlfriend's brother was headed to a farm New York for another concert and wondered if we wanted to come along, but we had to work. College ya know.)  I was planning a trip through Algonquin Park so when we stopped at  at the Thousand Islands border crossing we parted ways. I didn't realize the road only goes through a small corner of the park and I wasn't prepared to do any serious camping, anyway. I was pretty much rolling without a plan. I ended up spending the night in a cheap hotel in Hamilton. 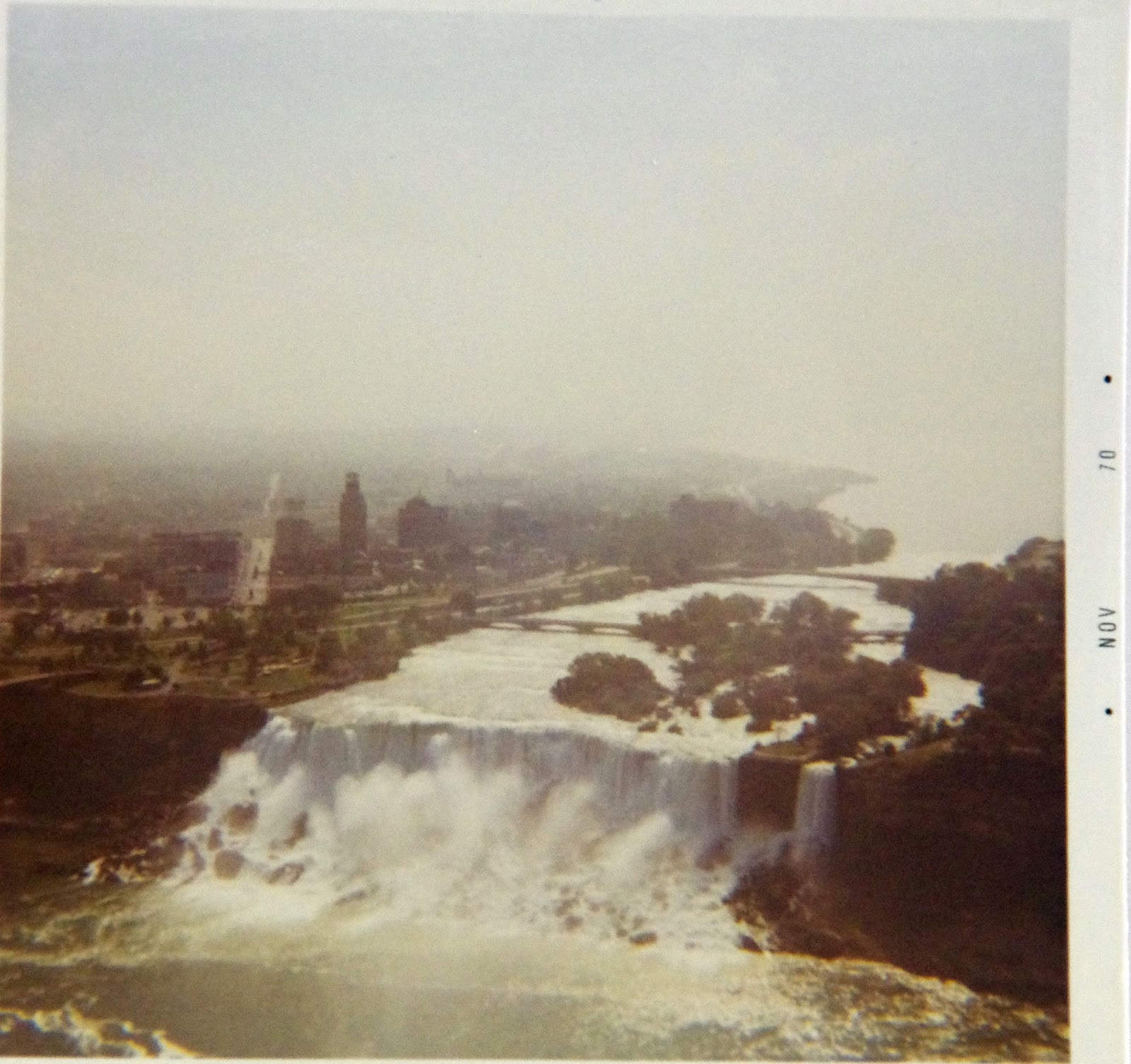 I started driving back toward New York the next morning and picked up a couple of guys hitching to Niagara Falls. One guy was Swiss and the other German and they seemed pretty cool so I joined them and we toured Niagara Falls together. It was fun and then they headed out toward the West Coast, hitch hiking across North America. I headed to Rochester to take up an invite of a young friend of Joe and Pat. It was the only time I've been to Niagara Falls. 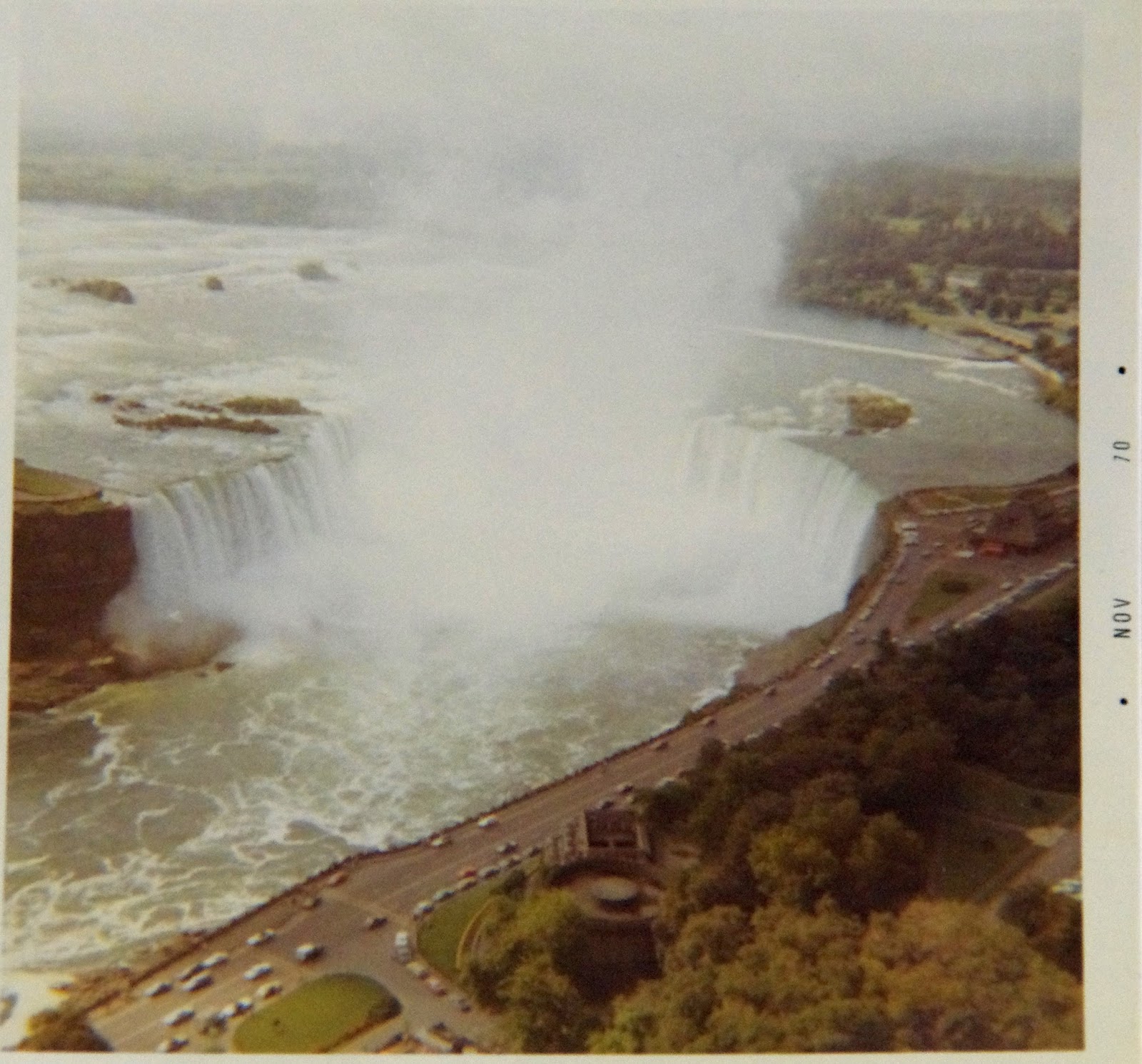 Mike was a professor of psychology and had done some post-doc work under Piaget in France. He took me to the Faculty Dining Club at the university for dinner as his wife wouldn't be home until later. I had met them before when they were guests at camp. I had three days growth of beard, a chamois shirt, and jeans,so even though I was under dressed I was not underfed. It was awesome food!

After we got home Greta also arrived. Greta was about ten years older than me and had had a crush on my both of my uncles when they had worked for the McKennas years before. I returned the family obligation by having a crush on her. We had a lovely evening of conversation before retiring for the night.

You realize that I have never told any of those women about my feelings so as not to make anyone uncomfortable. I just admired them all from a safe distance. As the Cooker's mother once said, "He wouldn't say shit if he had a mouthful!" That is how I stayed out of trouble all these years.

I had a leisurely drive back to the Adirondacks the next day. I got to the landing, threw my bag in the canoe and paddled back to camp. A quick three day adventure was now one for the books.

One more guest of Pat and Joe and a genuinely fascinating guy was Dr. Donald Griffin. He was a second cousin to Joe through one of their robber baron ancestors. He was working at Rockefeller University at the time I met him, but his claim to fame was discovering echolocation in bats. During the end of WW2 he was working on bat-guided bombs. He studied animal behavior and animal consciousness and when I took him on a hike to a nearby abandoned beaver pond he pointed out things and demonstrated beaver archeology. His wife was also a research scientist, but with fiddler crabs in the Caribbean. She had a nice tan!

For a guy who had turned nineteen in July I had an amazing summer and I had only spent about a hundred dollars! I think those days are long gone.