I've been taking my  camera for walks around the farm and around the neighborhood at the height of summer. It has been a fairly wet year so things are growing well and staying pretty green. One  of the best trades for manure I ever received was last year. Perennials for poop was amazing. Here are a couple. 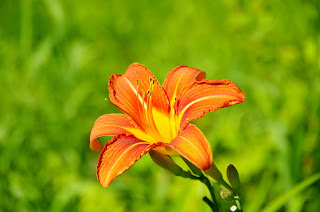 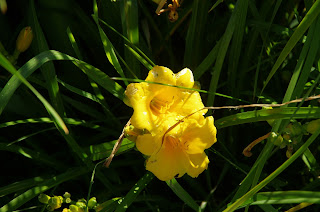 There is a short road behind the house that accesses some properties, most of which are for sale, but not in high demand, yet. It makes for a nice short walk unless I go off on the spur trails we cut in about twenty years ago when we were still the owners. No wildlife showed up, but a bear  (a small one) left us a sign. So you see the bear often poops in the road and not in the forest. Here is the road and the poop. 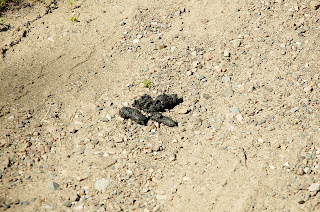 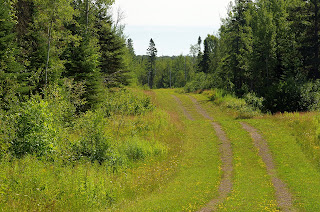 There are various plants to see along this road and some are edible. 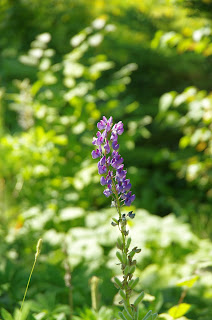 The lupines have gone to seed. 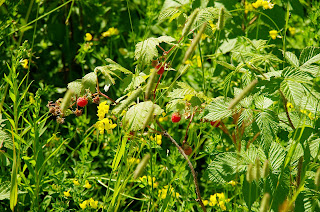 But the raspberries are still available.
Here is a current bush which can also be seen near civilization. 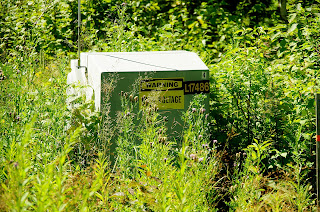 The Cooker and I took a walk on the Superior Hiking Trail just down the road from the farm. Our intent was to look for chanterelles and lobster mushrooms. We found lots of fungi, but not what we were looking for. We did see this stuff, though. 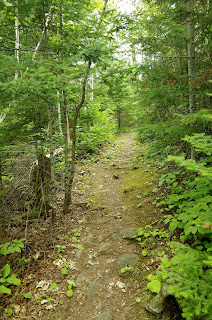 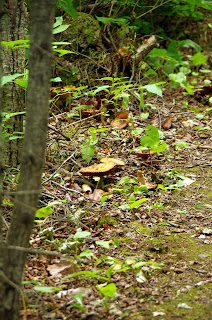 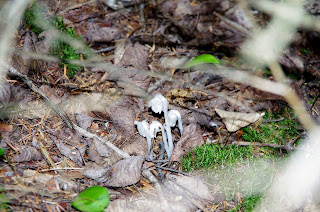 This is the first Indian pipe I have seen this year. We came to a power line crossing and someone was watching us. 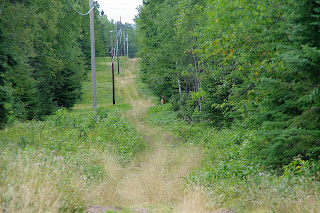 Click to embiggen and look at the center of the picture along the edge of the trees on the right and see if you can see her.

Someone here is looking for food or maybe considering a home. 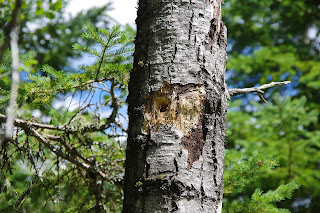 And there are still some blueberries to be eaten! Look closely! 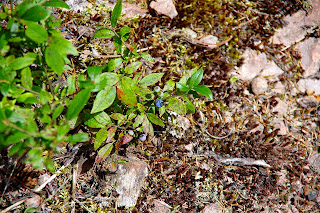 More evidence of our neighborhood bears. I saw a number of ant hills opened up and there are some other species of critters and birds that will take advantage of a destroyed ant hill. 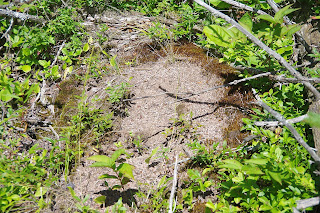 One of the rare sightings are these tracks. They are cat tracks, but not your house cat type. These are three or four inches across and are likely from a bobcat. They were at least a day old and had been walked over, but these two remained visible. 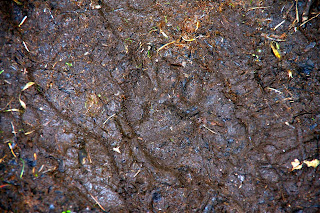 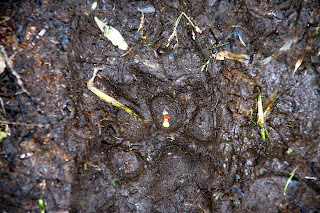 You have to look closely.

I stopped by a friend's house for a little while to talk about an upcoming trip he and some friends are making to Europe in about a month. There are six people going, with bicycles, for a six week trip starting in the Czech Republic. How cool is that? This is right near where he lives and what he will be coming back to. 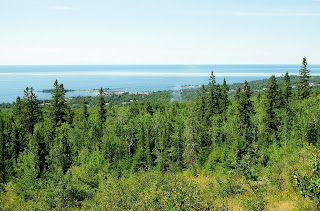 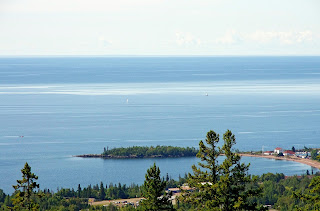 Click on the second one and find the sailboats.

Meanwhile, back on the farm there is work to be done. Time to mow the pastures to keep the woods from encroaching. Some years I don't mow, but I always have to do the edges to keep the trees out. If the fields are full of grasses I will mow them and they will reseed themselves. If there are a lot of wildflowers in bloom I will mostly leave them alone for the bees and other pollinators. A lot of it is timing and conditions and every year things are a little different. Here is my lawn mower. 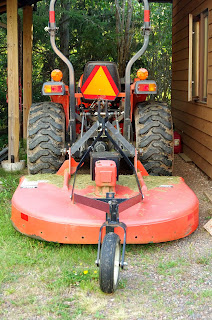