The Girls From Fourth Ward

Fellow blogger, Donna Banta, always has something to say. I have listened to her for several years and have been educated and entertained along the way. Her insight into human behavior and its quirks have given her a unique perspective that add to her story telling ability. That she is a former Mormon adds a window into another world most of us are unaware of. Even old Mitt Romney did not give us a clue as to what they are about. If he had, I doubt he would have gotten quite so far. The fact that Ms. Banta is no longer a Mormon would lead me to think she has a bias. Well, of course she does, but she has never shown any bitterness. That led me to read about other Mormons who are still practicing and many who are not. Donna doesn't insult Mormons or have the bitterness that some others do for ruining their lives, which is refreshing, but her humor and understanding make for a great read.

The Girls From Fourth Ward,  is a terrific whodunit set in the fictional town of Abbotsville which is also featured in her blog Ward Gossip. (This detective story came out almost two years ago and I had to apologize to Donna for just getting around to reading it last week. Two years ago was about the time I started reading mysteries and zeroed in on my fascination with Iceland.)

Bishop Loomis is  "confident of his own opinion, secure in his relationships, and proud of his work in the Kingdom of God." In the next moments he is shot and killed. Who could do such a thing and why? Detective Lieutenant Matt Ryan and his new partner Detective Sergeant Stella Romano have the task of finding out. They soon discover the world of "lemonade and brownies", the naivete,  and gender roles of the subculture of the Mormon church. What is it that would drive four young women to extremes just to get into BYU?

The families, individuals, and "the girls" are very realistically portrayed. I could swear I have met some people exactly like them in my own world. Spooky in some ways, but enormously entertaining.
It took me two days to read this because I have obligations around the farm, some animal, some human. I highly recommend this book. 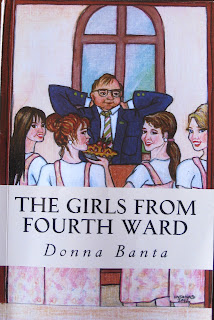 The same day I finished reading this I downloaded Donna's next book, False Prophet. 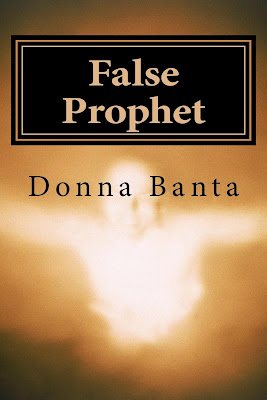 Due to the same constraints as before plus my day job, I only got 1/4 of the way through False Prophet on the first sitting. It picks up about a year later in Abbotsville and promises to be at least as good as the first. Donna has forced me to organize my day so that I can have blocks of reading time. You knew you could do that, didn't you Ms. Banta?